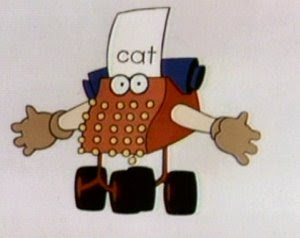 When you haven't had a break yet, the temptation is to scream THAT YOU COULD DO SO MUCH BETTER compared to what you see on TV or at the flicks."How did that get made?" "The writing was so lazy!" "OMG, what an insult to my intelligence!" "My script has a better premise AND a better story!"

Well, hold up one moment. There's a wider system and process at work here. It's not all about the writer. Indeed, the writer would have been hired because of his/her quality work; an impressive portfolio of scripts or a list of produced credits. Producers/execs like to feel assured they're hiring the right person. A lot happens in between the writer trying to do the best he/she can and what you finally see on the screen. Sometimes, when the planets align, it'll be just right. Other times, the development or production process might have knocked the script off course, and several grubby fingers may have bent it out of shape.

How can you prepare for this part of the process? How do you know you can cope? When do you figure out that you're ready? Ready to be a professional.

You get a commission to write for a TV show - great! But hold on, there's a wealth of information you need to know about the programme before you start. The history of the show, its production values, its characters, iconic storylines. Then, there's the writing process. Work out the practicalities of your episode. Who's available, who's not. What sets are available, what isn't. The limitations. The expectations. Write a first draft. Take on the notes. Rewrite. More notes. Rewrite again. More notes. Rewrite, tweak. Final amendments. Revise. Polish. Last minute changes. Start again. Deadline. Done.

Back in 2000, I had an opportunity to write a trial episode for Family Affairs. I was well up for it. Then, I received the history of the show. A huge document that detailed everything anyone needed to know about writing for the soap. I hadn't seen anything like it. I thought I was good enough to write for the show but I reneged on the trial episode. I was intimidated by all that information. I wasn't ready. No problem, they said, how about a job in the storylining department? That would have been ideal for me, especially at that time. But I turned it down. My logic? I wanted to focus on writing my own scripts. Ah, the irony (and stupidity). I wasn't ready.

With the benefit of 20/20 hindsight, I can easily trace my naive beginnings right through to the moment when I was properly ready to take on the system. That came in 2004 when I got my first Doctors commission. Instead of feeling intimidated about what was in store, I was eager to get stuck in and deliver the goods. Absorb the history/bible documents. Pitch new ideas. Develop scene-by-scene breakdowns. Write a first draft. Take on the notes. Write a second/third draft and do whatever revisions were necessary. Work with the script editor, to try and understand their point-of-view instead of fighting their notes, and the process.

Don't be in a rush to prove yourself. Take your time. Keep writing. You might feel ready but if you're shouting at the TV or cursing at the cinema, then you're probably not. I'm not saying you can't dislike something but as a new writer, you should try to have a bit more awareness and insight into how the system works. Once you do, you will never, ever, criticise another writer again. Right, ready? Go!
by Danny Stack at 1:54 pm

A fine post, sir. Made me smile - I'm still in the process of learning what I'm ready for! Good to know there was a time you weren't lol.

Plus well-timed as I actually found myself writing this in an email today about a project I'm working on:

I would love to see a post on how to get your scripts read.

Or how to pitch with just a premise.

I've written a bunch of one page mini scripts that could be developed into a show/pilot, etc. but don't know how to proceed.
"Bob the Vegan"

Any advice would be appreciated.

Thanks so much. I'll be back!

B.B. Pluto: sure thing. Will do a post on those subjects. Thanks for dropping by!

Hey Danny - thanks for sharing your thoughts and especially this story. It's never easy to admit when you were a noob, so thanks for being willing to share this - it offers a great insight into the time, commitment and maturity it takes to make it in this biz.

I agree with drettworlb! A timely reminder to remain humble.

We all gotta start somewhere! Even Aaron Sorkin had to work on his game before hitting his stride.

It's funny, I've been having a string of 'ready' moments in the last few weeks - I must have levelled up or something! :D