Getting Your Script Read 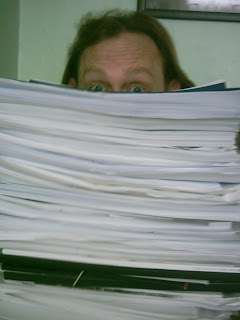 In the comments section of the 'Are You Ready?' post last week, Bob the Vegan asked about how to get your scripts read, and is it possible to pitch with just a premise?

First, getting your script read. In the UK, you've got a few options.

British Film Institute
The dust has more or less settled since the UK Film Council folded into the BFI, and the new staff and strategy has been laid down. Check out their website for the full rundown.

BBC writersroom
Always looking for new writers, always open to submissions. However, check out their new submission guidelines. Whatever you do, don't complain, especially if they reject you. Be gracious and appreciative that they're willing to read your work. Keep trying.

Script Competitions
Enter the good ones. It can cost a bit but usually not that much. Kaos British Screenwriting Competition and the Red Planet Prize (RPP) are two high profile ones that spring to mind. Competitions can be a bit of a lottery but some offer feedback so you get some vale for your money. Pick and choose the ones you think would be of genuine benefit to you.

The Unsolicited Approach
The Writers & Artists' Yearbook lists a huge amount of production companies and usually mentions if they accept unsolicited material or not. But I'm going to let you in on a secret. Are you ready? EVERYBODY accepts unsolicited material, even if they say they don't. The trick is to make contact with the assistant, exec, co-ordinator, whoever, either via email or the phone (preferably phone) and convince them you're a lovely normal person who has a promising script to read. Show a bit of charm and hustle, and no door will be closed to you.

Networking
Attending film festivals, talks, seminars, etc. Stalking producers and execs at the bar. Getting to know fellow writers. Finding out about script editors. Putting your name out there. This makes you more agreeable and identifiable when you do the unsolicited approach, above.

Referral/Recommendation
A referral or recommendation to an agent or a producer about you and your work is a great boost. Recently, I referred Kevin Lehane to an exec I knew (because his scripts were good and he had worked so hard on my short film for free), and next minute, Kevin's in the trades, nabbing an agent and making sales. I hate him. I mean, isn't it great when the system works?

Now, is it possible to pitch with just a premise?

Ideally, yes. In practice, not so much. Producers/execs want to be hooked by your script with the premise alone. Most scripts don't have a concept that sounds instantly appealing. If you're trying to get money to write a script from just a pitch or one-pager, this is also generally a good thing. However, you need a spec script to back up the fact you have the talent to write your hot idea into a full screenplay. And anyway, most producers wouldn't commission a script from a pitch or one-pager. They'd get you to write an outline/treatment first, usually for peanuts. Literally. Type, monkey boy, type!

Seeing as you're here, why not check out Liquid Lunch, my 6x2min comedy web series. The 12-minute omnibus video is below!

I keep meaning to ask for some clarification about the UK Film Council funds, and as you've stuck your head over the parapet, I'll try you Danny if that's ok.

If you approach them as a writer, what, if anything, is the money earmarked for?

Is it for you to live on while you work on the project full-time? To pay the rent as such? Or is it somehow supposed to end up in the film, which makes sense if you are making a film, less so if you are writing one?

And do you have to give it back?

I did look through all of the info on the website some time ago and was left confused.

Not speaking for the UKFC but I think it works something like this: they agree to give you £10k to write a script. The money is so you can dedicate the necessary time and effort to write the damn thing but they won't just hand you a lump sum, ho no. They make you work for your wonga.

If the film gets made, then the development money is to be repaid to the UKFC on 1st day of principal photography. In most cases, the film does not get made so a lot of money goes down the development plug hole.

I know short comments like that sound insincere, but I don't know how else to word it. This post was directly applicable for me.

So, you take the 10k to develop the script. A producer then pays you hopefully a bit more than that to buy the script, from which you personally repay UKFC the 10k when shooting starts. And if no-one is willing to pay more than 10k to buy the script, shooting won't start (or may not for a whole host of other reasons).

£10k is from the UKFC directly to you to develop the script. Any script deal/option/purchase after that is separate, but paying back the UKFC comes out of the film's budget on 1st day of filming, should it get that far. At least, as far as I know. If someone knows the exact run down, let us know!

Funny, Theres no mention of stalking writers on their blogs!!

I'm not a writer but a good friend of mine here in the UK got his screenplay read by some literary managers in LA - a company called Zero Gravity Management. Anyway he has a meeting with them. I don't know if he's going to get signed but they gave him really good feedback on his script. From what I hear the best way to get an agent in Hollywood is to get a manager first. Just googled the company website its www.zerogravitymanagement.com.