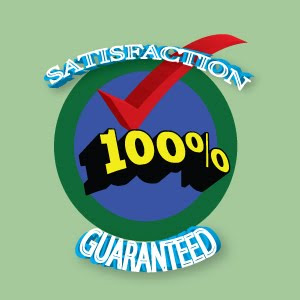 In the world of screenwriting, THERE ARE NO GUARANTEES OF ANYTHING.

It's a sad and painful truth. Just when you think you've done everything right and worked your way up the system, and commissions are due or the exciting gig is about to happen, that's when you can end up with nothing.

There seems to be a few misconceptions about how the system works.

1) IF I GET AN AGENT, I'LL BE FINE
No you won't. You'll have an agent, which is good, but it doesn't hold out a guarantee of any work whatsoever.

2) IF I GET A COMMISSION, I'LL BE FINE
You'll be better off, certainly, and it'll do your profile good but it doesn't mean you'll get another commission, even if they tell you, or your agent, that you will. Plus, the commission could go tits up, resulting in you being rewritten or fired. Back to square one.

3) IF I GET A CONTRACT, I'LL BE FINE
You should be fine, yes. But not even a contract can guarantee what the contract says (amazingly). Sometimes, people just won't pay you, or the work will never materialise, and not even your agent can do anything when everything falls apart. In these instances, you'll need an expensive lawyer.

We all know writers are treated badly but sometimes the level of appalling behaviour is so inexplicable and devastating, it takes a lot to re-gather your strength and confidence.

The good news: keep writing, keep producing the goods, no-one puts Baby in the corner. That bad news: it's hard work, the system pretty much only serves itself, and THERE ARE NO GUARANTEES OF ANYTHING.

Remember that practical approach you had and the long game you had planned in order to make it? Double it. Nay, triple it. Put your head down. Keep writing original material. Blow people away. It's the only one-finger salute to the system that will probably earn you some reward or recognition.

Still want to be a screenwriter? Good.

Sounds good to me.

Wow that's incredibly depressing, but sadly only half the story. Try spending two years writing a screenplay for an Oscar-winning director which he and everyone else loves... only to have the head of the studio decide for inexplicable reasons that he's changed his mind and doesn't want to make it after all. Yay!

Only way to get over that is to redouble your efforts, double your output and make sure you're working on more than a few viable projects at the same time without compromising their quality and hope the law of averages takes care of it eventually!

'True dat', as Stringer would have said.

I've only been 'in the industry' (loosest of definitions) for about four years and already I've learnt #1 the hard way, and learning #2. Thanks for giving it to us straight, Danny. I count on you for that. I've also got a hunch this is the tip of my giant naive iceberg.


I still want to be a screenwriter.

Thanks for the comic shout-out Danny. For those who find them mildly diverting all 11 (so far) are now in the Comics Archive on the website: http://www.grimecitypd.com/index.html

My scary story number 4,200,332... a producer friend finally sold a show, she had a contract, she had a pen in her hand about to sign the contract...and someone walked in the room to announce that the accounts department of the broadcaster she was about to sign the deal with had discovered a shortfall in their accounts...so all deals were off! They took the pen out of her hand and that was that.

When you are still a wannabe (meaning no commercial credits yet, just shorts) it's even more usual to write for a filmmaker that just gets bored and abandons the project. That's what happened to me last week. Reading your words can sound hard (it does indeed), but it is still encouraging, you know? Now I do know that it's part of the game, and the only solution is keep writing.

Maybe I won't bother then. But what is guaranteed in life anyway???