Last week (September 2010), the head honchos of UK TV comedy met and mingled at the Broadcast Comedy Forum. For the writer freelancer, it was the perfect opportunity (if a bit pricey) to network, pitch and listen to the great and the good of the comedy community. My man in the field Sam Morrison went along to network with the best of them. Here's his report.

The Forum was held at the Royal Society of Medicine, obviously a popular forum venue as there were several going on during the day, including a bunch of cardiologists there to discuss heart disease in the under-forties. The presence of some health experts in close proximity was probably the subject of some morbid humour during the day.

Even though the cost of the day was pretty steep I was surprised to find so few people had taken up the chance to sit down face-to-face with commissioners and pitch a project – a small but invaluable part of the day that the staff on hand ran adeptly. But I imagine that, in general, those who can afford the kind of money needed to attend are the ones who don’t need that opportunity. And those that do need the opportunity are in turn less likely to have the money. The tragic paradox of working in telly, eh?

The whole morning was devoted to talks from the comedy departments of various channels, going over what they are and are not looking for; which I’ll try and distill briefly here. Please bear in mind these are from hastily scribbled notes so if your curiosity is piqued by a particular channel it’s probably best follow up independently to clarify.

BBC – Looking for comedy across 1,2,3 and 4 but obviously different for each channel so have one in mind when pitching. Lots of slots but specifically mentioned 9 and 10pm. They see too many ideas based on well-worn concepts like flat-shares or middle-aged men unhappy with their lot. BBC1 is very much about the (established) talent, BBC2 more geared towards writer-performers, BBC3 more youthful and innovative. 3 are looking for a totally original show that can garner a following there and then move across to BBC1. Finally BBC4 was referenced as being more extreme comedy and possibly a window into another world that most viewers won’t know (good news for my sitcom about necrophiliac prosthodontists). Like C4 they don’t have commissioning rounds any more. 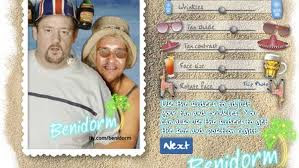 ITV1 – They want a mainstream sitcom that can go out on Saturday nights and/or sit alongside Benidorm. Looking for something longer than a 30-minute slot ideally – 40-45 minutes was mentioned.

Channel 4 – Keywords here were unconventional and subversive, risk-taking and the other things you probably associate C4 with already. Looking specifically for something in the post Big Brother slot, and something they can potentially commission subsequent series of. Don’t have commissioning rounds, and value pilot considerably more than a script (I’d presume this goes for most if not all of broadcasters here).

E4 – Noisy and innovative. First mention of passion, a theme many speakers referenced – in the vein of pitching one or two projects you’ve poured yourself into heart and soul rather than a huge list of one-line premises. They are still running Comedy Lab too – eight half-hours a year looking for new talent.

Dave – are now moving from being a purely acquisition channel to some (early days of course) commissioning. Mentions of stand-up/sit-com and panel shows. For a male audience but not alienating women. Clever, irreverent, post 9pm slot for anything they like really – animation even got a mention.

Sky – Looking for something BIG – or at least something that will sit comfortably next to their big US imports. More niche than BBC1 but broader than BBC2. Pre-watershed BBC2 comedy was a reference, and they’re not looking for edgy stuff about crackheads drinking bleach by accident etc.

Comedy Central – Like Dave are moving towards commissioning now. Looking to develop three pieces a year (I didn’t get to establish whether they are one-offs or series) and apart from passion they also mentioned warmth, edge, pace, mischief. They are responsive and come back to you quickly.

The commissioning sessions were followed by a talk about inserting brand content into an existing production, then a session about the International market that I unfortunately missed, as I had my commissioners meetings scheduled at this point. After a break we heard from Big Talk, Avalon, and Comedy Unit executives in a lively discussion on developing new talent.

In the afternoon, the pace was slightly less frantic. It began with Hat Trick MD Jimmy Mulville giving a very insightful and entertaining talk about his experiences collaborating with U.S broadcasters and that was followed by David Schneider talking about his writing. He was meant to be joined by David Quantick but the latter had double-booked and you may have heard him on 5 Live with Richard Bacon.

The next session was titled Online Futures and inevitably focused on the paradox that while people watch a lot of stuff online there is very little money to make online content. No epiphanies here but interesting insights from Jane Mote of UKTV and Martin Trickey of the BBC. UKTV in particular were citing instances of people going out on a limb creating online content and then winning a TV commission on the strength of it, so that’s certainly a valid (if competitive) area to go through.

The forum was rounded off by Robert Popper talking about how he broke into writing and script-editing. Some of us then stayed for the post-forum comedy of Funny Women, who had the unenviable job of tickling the funny bones of a crowd who’d just sat in the same seats for the previous eight hours, but they gave it a good go. Particularly impressive was a previous Funny Women winner Andi Osho.

That’s it. For me personally, the day was mostly about the opportunity to hear and sit down with commissioners, and on those terms it was a success. If you can get the funds together – and have a project to promote – it’s really an invaluable day.

Want me to read your script? Check out my consultancy page.
by Danny Stack at 11:27 am

Thanks, Danny, very useful. I've just sent the link to this post to the students on a comedy writing workshop I was co-running this weekend. As we know, it's a tough road, but all information helps.

Cheers, Paul! Sam did all the hard work, though.

Hi! I'm one of the students from Paul's workshop. This is fascinating stuff, thanks Danny (and Sam, I guess!)