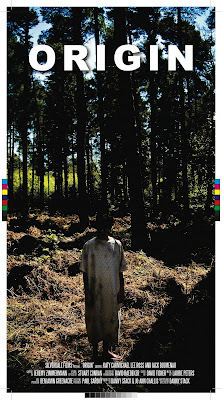 Those new to the blog may be unaware that I made a short film recently called Origin. It's a supernatural drama about a woman who tries to keep her family together when her son falls ill after he's bitten by a mysterious creature. It stars Lee Ross, Katy Carmichael and Jack Blumenau. I shot it on Super16mm and managed to get a great cast and crew together, and had a thoroughly fantastic time (and a big thank you to all you bloggers and friends who helped make it happen).

I'm thrilled to announce that next Sunday 26th September sees Origin have its world premiere at Brancharge Film Festival in Jersey. If you live in Jersey, or are going to the festival, then I hope you can go along to see it. Tickets and details HERE. Unfortunately, I won't be able to make it (so gutted) but if anyone does go, please let me know how it went. 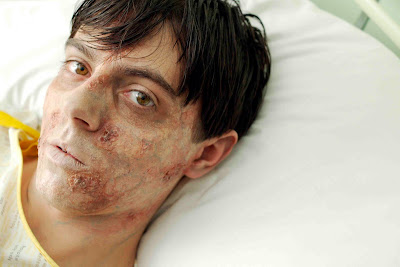 On Thursday 7th October, Origin will play at Raindance Festival in London. I'm equally thrilled about this screening, as Raindance is a reputable and important festival. I'll be there on the day, so I hope you can come along. The film looks awesome on the big screen. Tickets and details HERE.

On a separate note, if you're in London tomorrow (Tuesday 21st September), and free for a half hour between 6.30pm & 7pm, you might want to go along to the Roxy Bar & Screen (128-132 Borough High Street, SE1 1LB) for the FREE screening of Sam Morrison's new short films, Grime City P.D. and Greetings.

I'm a huge fan of Sam's work, and have pestered him over the years to be my co-writer on a number of projects, to which he has graciously agreed. Grime City and Greetings sees Sam on his usual top form (Greetings is the sequel to his graduate film, Balls, both of which I think are genius), so I fully encourage you to go along if you can make it. Full details below. 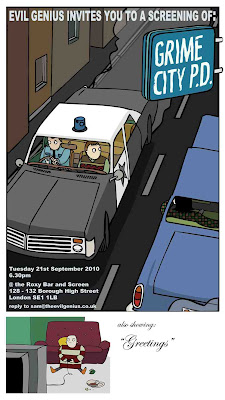 Just had a look at the trailer Danny and it does indeed look very creepy.

Trailer looks great!! Just out of interest, how much do you think it cost to shoot? I've never considered filming my work before but heard you recommend it on the podcast so thought, hell, why not?!
Thanks,

Thanks PenEnvy! I went over my £10k budget due to cost of shooting on Super16mm, which was stressful! But I wanted to put in some cash and make a professional looking short. You can make a film for nothing nowadays though, all depends on what you want to get out of it. Check out blog post about making short films which goes into more detail.

A UK screenwriter friend turned me onto your site. Love your Origin trailer. Can't wait to see it. Will keep checking out your site from here in Los Angeles.

But I'm interested why you opted for no VO for the trailer?

It seems to cheapen it just having type on screen.

Thanks danjam, but I didn't have funds or access to a voice-over guy!