On my run down of making Origin, someone commented that although I said I had learned a lot, I didn't share this new found wisdom on the blog. I thought it was apparent through the various posts and reportage but to recap, here's wot I learnt abowt the filmmakingz:

A director is only as good as the cast & crew behind him, more notably line-producer, 1st AD & DOP.

Shooting on film is expensive but rewarding, not just for you but for cast & crew, too (actors like the buzz, crew raise their game).

Regardless of cost of shooting on film, a lot of the budget went on things you don't see on screen, like transport, food, equipment, petty cash and insurance.

Your personal life goes out the window. Plus, if you're funding the project out of your own pocket, you experience a whole new stratosphere of stress. Producers, I salute you!

Music and sound are vital. Get experts in both fields. 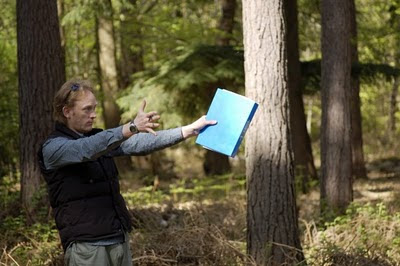 I just finished principle photography for my first short that I wrote, produced and directed and am now editing. My little film was no where close to the scale of yours but I really recognise the lessons that you mentioned

Looking forward to being able to see Origin

Nice one, Mark, thanks!

Hi,
I was searching for some short films and came across the trailer origin at youtube and I couldn't resist finding out your website to know more about it. As perceived from the trailer, it is superb...Good Work!