In January, you may remember I mentioned I was heading off to a course called ‘Making the Low Budget Film’; all part of this year’s strategy to get out there, learn new stuff and shake things up a bit. The course has been up and running since last year (by Industrial Scripts) and hosted by Ken Marshall, producer of London to Brighton, Cherry Tree Lane and The Cottage, so I popped along on Sunday 20th February to soak up all that I could. 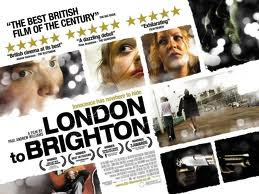 Trivial personal bit: I get up at 5.45am. On a Sunday. These words will never escape my lips again, unless I’m being paid to get up that early on the global day of rest. I eat porridge with honey (a filling breakfast to keep me going until lunchtime) and am in my car driving towards London by 6.30am. I get to Richmond at about 8.15am and park in a street that doesn’t need a permit. I then get the train to Waterloo and from there, I get the tube to Oxford Circus. It’s only 9.30am at this point and the course starts at 10am so I grab a much-needed coffee.

The course bit: at 9.55am we are officially allowed to hit the buzzer, and I meet a few of my fellow course attendees. We chat and mingle, and it seems like a lively and friendly bunch, all with mixed experience (some have already produced a low budget film, others trying to figure out if the film industry is for them). Ken Marshall introduces the course and the agenda for the day. It’s a jam-packed schedule that breaks down his personal experience of producing low-budget films as well detailing all the practical pitfalls and considerations you need to make along the way.

Ken is laid back and has a dry sense of humour, so thankfully the day doesn’t become a trudge of facts and figures. Instead, Ken is remarkably candid and honest about his experiences – where he went wrong, what he should have done, how he could have got a better deal etc – and it makes for a fascinating insight into the indie world of UK filmmaking. None of it is earth-shatteringly new or surprising but hearing it from someone who’s experienced it properly is always a better way to really learn than picking off tidbits from an article or a book.

The schedule is broken down into key areas: ‘Low Budget Films & Producer’s Role’, ‘Setting Up a Production Company’, ‘Sourcing & Developing Projects’, ’10 Steps to Putting a Project into Production’, ‘Development Scenarios’, ‘Getting Your Film Financed’, ‘The Realities of Low Budget Films and the State of the Industry’, ‘Routes to Financing Your Film’, ‘Distributors & Sales Agents’, ‘How to Approach Funding Bodies’. We all get so caught up in the information, we nearly miss taking a lunch break but we do take some time out for some grub (I’ve brought along a homemade sandwich - a low-budget producer would be proud!).

After lunch, Ken takes us through each of his projects on a case-by-case study. He explains the approach and current status of his next two projects, Filth (an adaptation of an Irvine Welsh novel), and Song For Marion (Paul Andrew Williams’ next film). There’s a Q&A on each section, and then a Participant Workshop where we get to pitch our own ideas. I’ve been laidback about the prospect about pitching so Ken singles me out to pitch first. Suddenly full of adrenaline, my laidback bravado fails me as I stumble into a nervous pitch for the feature film version of Origin. Still, I calm myself down enough to get across the key details, and Ken plays the trailer on YouTube. It ends up as a fun pitch in the end, and everyone gets a go at presenting their idea. 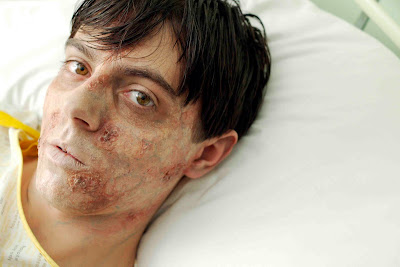 As the course wraps, we get a folder to take away which is chock full of budget spreadsheets & info we’ve gone through during the day. We all decamp (including Ken) for a much needed drink at the nearest pub. However, I’m driving home so all I get to quaff is a refreshing soda water & lime, have a quick chat with the others, and then it’s off to Richmond again for the return leg of the journey. I’m in my car by 8pm, and home at 10pm, exhausted but full of new knowledge about how to make a damn blasted film in this country.

If you are interested in making your own low-budget film, then I would highly recommend the course. The next one will be on Sunday 1st May 2011, full details here, and check out Industrial’s other impressive line-up of courses & services, too. I'm off to make a low-budget film. Easy, right?
by Danny Stack at 1:23 pm