Part 4: How I Made A Web Series 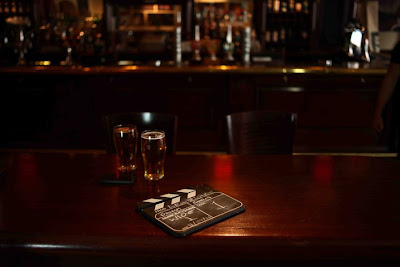 The main issue with getting the shoot for Liquid Lunch together was whether the cast, crew, location and equipment would be available on the same day. You essentially turn into a secretary as you try to juggle people's diaries around a certain date and time. Even when you think everything's confirmed, someone or something can suddenly become unavailable, which sends you into a tailspin of phone calls, emails and overall worry.

My brain isn't entirely programmed as an efficient organising tool. I was a TV secretary for two years and I managed to get by, JUST. And if I didn't have the amazing Ben Greenacre on Origin, the whole thing would have collapsed before I got close to a clapper board. It was to my great relief, then, that the dates and details for Liquid Lunch started to come together relatively easily.

I needed a camera. My local frolleague Andy Marsh had a Canon 5D, and was up for the shoot (there's a TERRIFIC filmmaking community in Bournemouth/Poole, where I live). Andy's a cool dude and he's all, like, 'I know another camera guy and a sound person who'd probably be up for it, and if we could borrow Suki's 5D, then we'd have two cameras, which could save on time and performance'. ANDY MARSH IS A GENIUS.

Then, I roped in Johnny Griffith (a uni screenwriting student I was mentoring) as production assistant, confirmed Chris Ferguson as main camera and Emma Worgan as sound recordist, and boom, I had my crew.

So, cast: check. Crew: check. Date: set. Tip: set your date before you contact cast, crew or location. Tell them when it's happening and things will either fall into place around the date, or it will become clear you'll have to change the date accordingly. Now, location: not set. I was slightly worried about this. I wanted a real pub (instead of a set) but wanted the privacy to film rather than shoot during opening hours. Plus, I always had one particular pub in mind when I was writing it, so I was nervous about asking and working out the details.

Again, luckily, the pub location came together relatively easily. I went into the pub, asked the landlord if I could shoot during the day when he wasn't open (and get in reeaaaally early, too), and he immediately said 'yes, no problem, whatever you need'. Just like that. It really is true what they say: you just have to ask! Everything was now set: scripts, cast, crew, equipment and location.

Next up: the shoot! 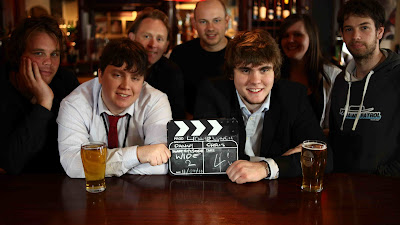 Don't know what I'm talking about? Completely new to 'How I Made A Web Series'? Then you've missed:

How It All Started
Writing & Casting
Rehearsals