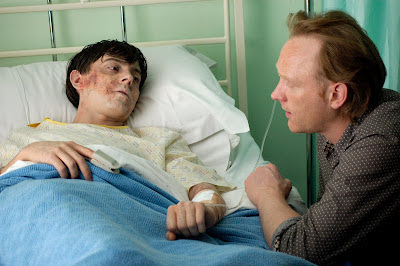 Prior to making Origin, I didn't really know what to do about making a short film. I had been involved with lots of productions as a runner/assistant (shorts, features and TV) but in terms of taking the lead and directing a professional filmmaking team, all I had was a general awareness of the production process.

So I turned to Chris Jones's short film webinar about creating and making a world-class short film (based on his experience with his Oscar shortlisted film, Gone Fishing). It's an inspiring and informative online course, packed full of helpful detail and insight. It really focused my ambitions for Origin, and all the necessary prep that was ahead.

As Origin won Best SciFi/Horror Short at the London Independent Film Festival recently, Chris asked me if I'd do a guest blog over at his place about my experience. You can read it here (it's got some stuff that I haven't mentioned or blogged about before). Here's a flavour:

In an effort to convince the industry that Origin was indeed a kick-ass idea, I decided to make a short film version that would showcase the tone, characters and emotion involved. I knew that if I handed my script over to another director, it would become THEIR story, so I decided I’d direct myself (it was also high time I gave directing a full and proper go). 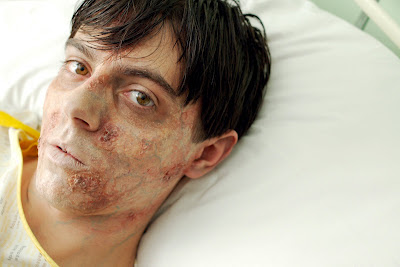 A bit of cross-blog pollination for you but here's the link again to the guest post. Read it, or Jack Blumenau (above, as Freddy in the film) is coming to get you.
by Danny Stack at 10:02 am