This is my old blog. My new site can be found here.

It’s odd that the genre of kids’ TV is often overlooked by screenwriting events, seminars and the so-called gurus. It’s also rare to meet a writer who aspires to write for kids’ TV.

Why is this the case? Perhaps it’s because kids’ TV is for, well, kids. And maybe there’s a misplaced notion that writing for kids must be simple compared to primetime drama or feature films. Or that there’s not much kudos involved in writing for the genre. If this is the case, then it’s an erroneous point-of-view. Writing for kids’ TV is challenging, fun, and profitable. It also requires the same amount of screenwriting skill and craft as writing any other drama. In some instances, it’s actually much harder because you’ll often be expected to write a funny script. No post-modern cultural references, intellectual quips or self-reflective wit, just make the script funny through the characters and story. No pressure.

Writing for kids is the purest form of storytelling because it’s free of ego and cynicism. Kids don’t care if you’re Russell T Davies. They only care if Russell T Davies tells them a good story. An idea that grabs. A story with a sense of urgency. Characters who we really care about. A plot with unpredictable twists and turns. Think kids aren’t sophisticated and can’t see a twist from a mile away? Think again.

Kids’ TV breaks down into a number of different categories: Drama, Factual, Animation, Light Entertainment and Pre-School. Pre-school targets 0-4 year olds; colourful worlds and characters specific to positive child development (Teletubbies, e.g.). Drama and Animation for 4-12 year olds are broken down into sub-categories of target age groups: 4-6, 6-9 and 9-12 year olds. 6-9 year olds is the sweet spot for most kids’ TV. Shows targeted for 9-12 year olds will typically be more ambitious and adventure-led, like Sarah Jane Adventures and Leonardo. 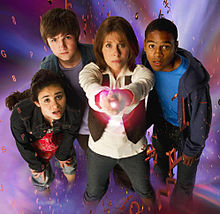 How do you get the opportunity to write for kids’ TV? Well, it’s the same process as primetime drama or feature films. You need to have written a spec script, and preferably a spec script in the kids’ TV genre. Formats for kids’ TV tend to be shorter (11 minute episodes, e.g.), so a fifteen page spec script would suffice (especially if it’s backed up with a series bible that expands the characters and world of the story). Then you target the relevant producers and production companies that are making kids’ TV shows.

If your query/approach lands at the right time and place, you may very well find yourself pitching for a commission. Pitching for a commission means that the producers are willing to receive ideas from you as potential episodes of their show. You don’t (typically) get paid for this. The pitches are usually a paragraph long, rarely no more than a page. If the idea is accepted, then you’ll be commissioned to script, with the usual outline and scene-by-scene stages in between. Occasionally, you may be invited to ‘writer workshops’ (and receive a modest attendance fee) where a number of writers will meet to discuss the series (the tone, characters, rules, etc), and after that, you’ll be asked to submit ideas (but just because you've attended the workshop, there's no guarantee of a commission unless the idea is really good). 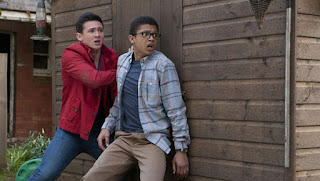 When I first started, I quickly discovered that I loved writing for kids’ TV but that the work was hard (harder!) than some of my primetime TV/film work. Each kids’ show I’ve worked on has been a specific challenge in terms of its style of humour and storytelling, from the visual gags of The Amazing Adrenalini Brothers, to the teen hang-ups in Sofia’s Diary, the live-action/animation mock-doc combo of Roy, the gross-out antics of Fleabag Monkeyface and the sophisticated adventures of the Octonauts.

The number one rule about writing for kids’ TV is never be patronizing to your audience. Kids are far smarter than their parents, especially when it comes to story! Another good consideration is that stories should be child-like rather than childish. Child-like means having that sense of fun, curiosity and optimism about the world. Childish antics have their place (as many characters might have a childish outlook) but silly and stupid behaviour just for the sake of it doesn’t do anybody any favours. 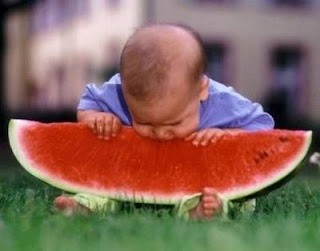 Over there on the Twitter, that you have nowadays, I asked some lovely TV folk to share their tips and advice on writing for kids' TV. A lot of it chimed with the above (thanks to Jake Riddell, Hayley McKenzie, Sophie Petzal, Dom Beno, Steve Maggs, Ben Dutton, Rene Pijpers, Lizzie Ennever, Ganesh and Darren Jones) but here's a selection of replies:

Phil Ford, writer of Sarah Jane Adventures and Wizards Vs Aliens (with Russell T Davies) said: “If you think of a story you don’t think you could write for kids, write it! The best kids’ TV challenges its audience, and most of all challenges the writer. Writing good kids’ TV is tough work!”

Debbie Moon, writer of Wolfblood for CBBC: “Remember you’re writing for a broad age range. Kids’ TV often defined as 8-12s but there could be much younger siblings in the room. Kids have specific concerns: family, friendship, loyalty, fitting in. Boyfriend/girlfriend relationships not a big concern. Oh, and you can’t kill human beings. Aliens are OK but no humans (one of the few drawbacks to writing for kids!).”

James Henry (Bob The Builder): “If it’s the pre-school demographic, try not to give any character dialogue that runs for more than two lines. Try to have problems solved with a nice visual/action rather than characters just talking to each other.”

Mark Huckerby & Nick Ostler, BAFTA-winners, The Amazing Adrenalini Brothers: “Kids' shows eat up stories. 52 eps not unusual. Schedules are brutal. Be head writer's friend by being a problem solver... take notes well, they might seem silly but there's usually a good reason for them, write fast, but don't be sloppy... be prolific with ideas, but be prepared to dig deep for original ones, don't submit first thoughts, they'll be cliches. Don't assume because it’s for kids that the story telling standards should be any lower!”

BAFTA also have a great podcast about what it's like writing for kids HERE (featuring James Lamont from The Amazing World of Gumball, Elly Brewer from Tracy Beaker and producer Maddy Darrall).

Want me to read your script? Check my consultancy page.
by Danny Stack at 12:39 pm

Very interesting, Danny. So much of what you say chimes with writing *books* for kids too. If I had a pound for every person who has said to me, "Writing children's books must be easy!" then I'd have a decent down payment on a VW camper van (an ever-present desire) before I could blink.

Thanks, Lucy! Haha, yes, I can imagine!

You'll have to excuse my dimness here but I'm a little confused. About half way down you say that the process is the same as primetime drama in that you write a spec script...etc. This you send to pro-cos etc. And this is where I get confused, sorry. You then say that if you get the right place/right time you may find yourself pitching for a commission - is that for their shows or the one you've written? What is the writer aiming for - their show to go into production or to get a gig on someone elses? Do you specifically say that you are aiming for the gig?

Hi Lisa - it's to pitch for one of their shows (if you've got the right time & place that one of their shows is in production!). Of course, it'd be great if they wanted to pick up your show for development/production, but that's a whole other blog post! So, if it were me, I'd look at it as an introduction to me & my writing: "here's my spec script (an original piece of work) & I'd love to work on one of your shows if possible", that kind of thing.

Hi Danny,
I already have preschool writing credits working on Cartoonito Tales, but I'm struggling to get my foot in the door anywhere else. Do you have any ideas that may help? If I already have credits should I still send a spec script and show bible, or is my CV enough?
Thanks,
Emma

Hi Emma - having existing credits is a definite plus. It's all about how your market yourself to potential producers/shows now. And having a spec script/show bible is always useful, no matter what! But with your existing credits, you should be able to entice a producer to consider you for their show (especially if it's the same genre/tone/demographic). As I say, it's about the right time & the right place!

Thanks Danny, I lost the thread between sending in your own work and asking to work on theirs!

Hmm Mr Stack, like your wisdom shared. I will pass on to others. I've got a family film gurgling around in my brain so will apply your points.
Alice

Really informative post - loved it and the way you break down the categories.

This definitely chimes with my experience too. I'd worked on a few homegrown animations with my brother but never had a commission from anyone else - until 2006. I contacted a production company and asked to get involved in their new show. They gave me a go and hey presto I was working on Frankenstein's Cat - and got 3 episodes.

I haven't looked back and have written on several shows since. It's a challenging area to work in but it can be a lot of fun.

One tip given to me early on - if working on a preschool show don't have any important action occurring off-screen or implied - it can make the story hard to follow for your audience.

Thanks, Myles. Didn't get a chance to say hello at the Southern Script Fest. Hope to cross paths again soon!

One point - Danny, you mention Russell T Davies, and one of the comments said that you can't kill humans. Dell, a certain Russell and his associates definitely do kill humans in Dr Who, and Robin Hood also felled a few people.

I think like everything in children's fiction (see under death, zombies,Charlie Higson!) there are very few absolute taboos.

Good point, Selina! But I think Dr Who & Robin Hood is 'family' fare, as opposed to kids' TV. The difference between PG and U certificates, if you will. So, kill people in a PG (evil baddies) but not in a U (but in TV terms). That's my take, anyway.