I once attended a script workshop and asked the tutor what the difference was between plot, narrative and story? He said they were all the same. This didn't make sense to me.

For me, plot & narrative are very similar in that they help build scenes and/or events to tell the story. But where I like to distinguish between plot and story is that plot is something that can be interchangeable for the wider needs of the story. For example, a car chase is plot, and could be changed to a foot chase or a helicopter chase but still serve what needs to happen in the story (the bad guy catching the good guy or whatever). Or, a guy having a big meltdown at work could be a nice plot moment but if a different scene in its place wouldn't suffice, then the meltdown at work is a vital part of the story. 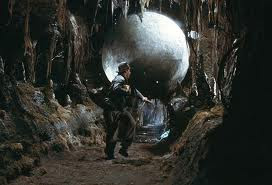 The opening sequence in Raiders of the Lost Ark is brilliant plot but it could have been done in a number of different ways just as long as it established the bravery of Indiana Jones, and flagging up what kind of adventure lies in store for the audience. The narrative builds from the opening sequence in the jungle to Indiana lecturing at college, and then getting involved with the quest to find the ark. The plot and narrative elements start to efficiently build the story: what Indiana has to do. 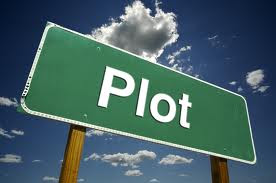 Story is generally more concerned with the protagonist's compelling problem, opportunity or goal. When you pitch a film to your friends, or tell them about a film you just saw, you're essentially telling them the broad story; the vital parts of what the protagonist wants to achieve, and why, and what's in their way, and how it ends. Any specific detail is usually to do with plot and the narrative, which could be nice to highlight, but the story remains resolute in terms of the basic structure and purpose of what happens.

Over on Facebook, Jeremiah Quinn raised the issue of plot vs narrative vs story, as he was told recently that "plot is not story". And it's true, in a way. Plot helps to tell the story. It is not the story itself. But let's not give plot a bad rap. It will determine how suitably the audience is engaged in what's going on, and the narrative (from the Latin verb 'to tell') is the sequence of events from the plot that makes up the overall story.

All clear now? My work here is done...

If you're going to London Screenwriters Festival in October, get £22 off your ticket with discount code SCRIPTWRITINGUK

Interesting points. It opens up a can of worms. They are more or less the same thing, but for me: PLOT is what happens, STORY is how it happens and NARRATIVE is when it happens.

Exactly what I keep telling people :) from now on, I'll just point them here.

Each arises from a different aspect of the whole. Plot derives from Structure; Narrative derives from Conflict; and Story derives from Theme. (Or, from the audience's perspective, the reverse of each).

I'd expand on Glen's point to say that Story is more WHY it happens, making Narrative the HOW - but that could just be semantics talking.

When I think about the differences between story and plot, I consider story to be the chronilogical events and plot to be how those events are told, e.g. car chase, helicopter chase etc, just as you said, but plot is also the order in which those events take place e.g. the plot could subvert the story by starting it at the end.

I think your definitions are vague and don't really work.

The distinction you are trying to make is between BEATS, SCENES and DESIRE LINE.

A BEAT is any kind of event in a movie. Certain genres have essential BEATS that must be in the story, in more or less the expected order, or you are not correctly using the genre.

Of course, a SCENE is the basic unit of storytelling in the film medium. All scenes are essentially BEATS, but some are more important than others.

DESIRE LINE is the Protagonist's goal inside your story.

NARRATIVE is just another word for STORY, there is no difference between the two.

PLOT is the result of the Protagonist taking Action to realize his/her DESIRE LINE, and the conflict that comes with opposition from the OPPONENT. Essentially, PLOT should be your narrative. Without PLOT, there is no narrative or story.

I hope this clears it up for you.

In case any newbies are perturbed or befuddled by the anonymous comment above, the point of this article is to discuss the interplay of different forces affecting the direction of a screenplay.

What you call said factors is entirely up to you - be it Plot, Beats, Narrative, Desir-- no, actually, please don't use "desire line". There's not much of an "industry standard" in such terminology (though I'd recommend "antagonist" rather than "opponent") because you'll rarely have cause to discuss such factors (in isolation) in a professional capacity.

How you approach and work with such forces is also entirely your call. There's no outright *wrong* answer - try things out, some things work, others might be a mistake. However, rest assured that most mistakes in screenwriting turn out to be a good thing - if only for being a great way to learn. The first step to improvement lies in identifying your own weaknesses so you know which areas of the craft you might want to focus on.

I say "most" mistakes are good... Posting an arrogant and supremely condescending comment, arguing semantics, on the blog of an experienced and respected industry professional is most definitely one of the "bad" mistakes. But I've a hunch none of you will be doing that any time soon.

Thanks for everyone's comments! I don't mind if anyone disagrees or has their own opinions, just as long as they aren't truly offensive or deliberately trolling for a response. Comment moderation is on for spam purposes, that's all.

I thought anon's comment was useful (if a bit condescending, yes), and it's equally interesting that there doesn't seem to be an industry-wide agreement on what the differences are between plot, narrative & story. Always good to discuss & get different takes on the subject.