"How do I get an agent?" YOU DON'T NEED ONE. Well, you do (it's definitely preferable to have an agent than not), but until then, here's a secret: YOU CAN GET BY FINE WITHOUT ONE. Sure, it's a bit of a tougher graft but you can organise meetings, introduce yourself to producers/companies and get your scripts out there, just like any agent would do on your behalf.

"But no-one accepts unsolicited material!" EVERYONE ACCEPTS UNSOLICITED MATERIAL, they just say they don't as a basic safety measure because you might sue them should they do anything similar to your unsolicited script. There's also the fact that there are plenty of annoying crazy people out there who will demand an interaction or correspondence, which further justifies everyone's unsolicited material line in the sand. Plus, the annoying crazy people will INSIST that you stole their idea because your next project has dragons in it, and their script was about a baby dragon, or something.

- Write, right? First, make sure your script, or portfolio of scripts, are good. Properly good. If you don't know they're good, or aren't sure they have a certain quality, they're not ready. Once you're fully confident about your script(s) and how they best represent your writing talent, then you're ready to introduce yourself around town.

- Research. Everyone's online nowadays, pretty much, so emails and contact details can be easily obtained. If you don't know this already, you're doing the internet wrong.

- Get solicited. Write a good email or letter that introduces yourself and your work. Be polite but don't be too bland or formal. Put a bit of flavour in there, a spark of your personality, getting across a warm sense of humour is useful, perhaps even show a touch of humility. At the very least try to include something relevant to the person you're contacting to demonstrate you've done a bespoke email for them rather than just cut 'n' paste a generic message you've sent to every company in the Writers' & Artists' Yearbook. 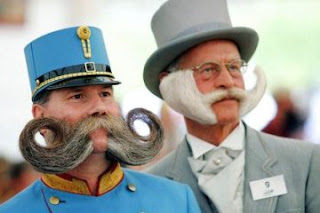 - Write well. FOR GOD'S SAKE YOU'RE A WRITER, NOT A NIGERIAN LOTTO SPAM MERCHANT. Don't misspell words or use poor grammar, or worse, get the person's name wrong in the letter itself. Be brief and to-the-point. Three paragraphs should do: intro, the purpose of contacting the producer/company, and round-up/farewell. Honestly, there's so much you can tell about a writer from the way they style an email/letter so take time to word it carefully, and be happy with its tone and delivery.

- Social networking. A lot of writers/producers/editors/execs are on Facebook or Twitter. Interact with them, and start building an online correspondence. One tweet to someone saying 'please read my script!' will (rightly) go ignored. But regular tweets that interact with the person's timeline may generate a more personal response, and yield positive results somewhere down the line. On a basic level, you'll get to be part of the generous screenwriting community that's out there, and probably make new friends.

- Get industry savvy. Watch a lot of TV and films. Make a mental or written note of the key players: script editor, writer, producer, director, executive producers. Then send them your email/letter query (not necessarily all of them, use your common sense). You might catch them at the right time, or impress them with your approach, or they may be too busy, but if your letter's any good, it should solicit some kind of response.

- Using your smarts. Once you're industry savvy, you can start using your noggin to be extra clever about who you approach, and why. For example, maybe Broadcast magazine has announced that CiTV have commissioned a new series from Amazeballs Productions. So, what do you do? Email/write to the Amazeballs producer with your brilliant intro/query, and see what's going on.

- Personal/industry smarts. A lot of people I meet in the biz have these three key traits in common: personality, talent, and a lot of industry nous/savvy. That's all YOU need to get by, too. In fact, a bit of personality and nous is all you need to get started; your personal talent will help you stay afloat.

- Get noticed. Have you written/made a short film yet? No? Hmm. If I Googled you, would any result show a link to writing or previous creative achievements? No? Hmm. A radio script? A stage play? Something you did at college or for a friend? *Something* that makes you stand out in your chosen field rather than just a ranty timeline on Twitter? I'm not just talking about your online presence, it's all the other things you could or should be doing in real life that will inevitably spill online, and get you noticed or help your profile.

I offer these tips because these are the things I do on a daily basis (and I already have an agent). I'm always sniffing out opportunities, or making sure I introduce myself to a producer/company who I want to meet or work with. This way, my relationship with my agent becomes a tag-team of proactive endeavour. Me: "I've just set up a meeting with Lotty Amazement at Amazeballs, I sent her SuperSpec script and she really liked it". Agent: "That's cool. I know Les Amazement at Amazeballs, I'll do a flag wave to make sure everyone knows you're coming in".

The most common thing you'll hear from unrepresented writers is: "I can't get anyone to read my work. I need an agent. How do I get one?" while the most common remark from writers with agents is: "I generally source my own work". Good writers get busy, and they develop a decent network of contacts, and this creates work. Agents help with all of this, of course, and they're a vital part of your professional profile, but if you don't have one yet, there's still plenty you can do to get noticed in the biz. Use your personality, talent and nous and start feeling the benefits, now.

Excellent advice. I meet a lot of would-be writers who think their purpose in life is to get an agent (who will then magically keep them employed) rather than to write good scripts. Good writing will always get attention - eventually...

A reassuring post! It does sometimes seem like all doors are closed to us aspiring writers but I have been brave and tried pushing open a few of these closed doors and so far they haven't been slammed shut in my face. In fact I've had some really positive feedback. Still a long way to go but I feel more confident in what I have to offer and reading this post makes me feel even more reassured that I'm doing the right thing. And I haven't even considered trying to approach an agent yet! :)