The Next Big Thing

Tom Williams (writer of Chalet Girl) tagged me with this meme (follow his blog!). The meme was originally drafted for authors but has been tweaked for screenwriters, but I'm doubling back and sticking to authors as a book is, fingers crossed, (one of) 'my next big thing'(s).

1) What is the working title of your current/next book?
Aliens FC, with co-writer Sam Morrison. 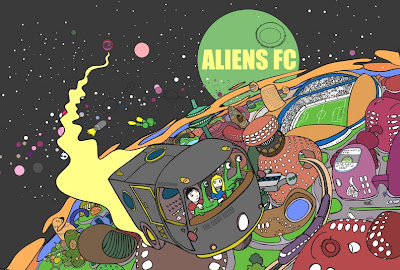 2) Where did the idea come from?
It was Sam's idea, from a comic book he did when he was a student, I think.

3) What genre does your book fall under?
Children's sci-fi adventure, with a bit of football thrown in for good measure.

4) What actors would you choose to play the part of your characters in a movie rendition?
Well, they'd be animated characters but voiced by someone like Justin Bieber in America, or Freddie Highmore in the UK. They're possibly too old now so any kind of teen/child actor whose voice hasn't broken too much.

5) What is the one-sentence synopsis of your book?
Two kids get mistaken as famous footballers by a couple of bumbling aliens (because of the kids' replica shirts) and they get whisked across the galaxy on an adventure of a lifetime to help save the aliens' football team from relegation. 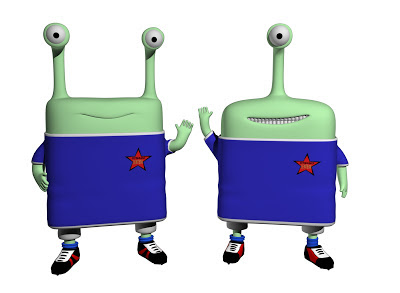 7) How long did it take you to write the first draft?
A couple of months, I think, possibly a bit longer. It was runner-up in the inaugural The Times/Chicken House Children's Book Competition. We've been rewriting since, and are starting to make a fresh approach to the industry about picking it up for publication.

8) What other books would you compare this story to within your genre?
Eeek, The Runaway Alien. Aliens Love Underpants.

9) Who or what inspired you to write this book?
Sam's great idea! It was the first project we worked on together as co-writers. Plus, Sam's an animator/illustrator, so he can draw all the weird and amazing aliens. 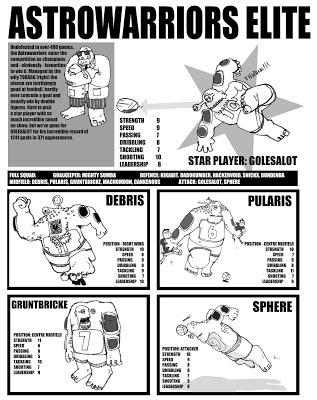 10) What else about the book might pique the reader's interest?
It's got fantastical aliens and their worlds, and an adventure/thriller plot involving a gangster alien. It's an adventure story for all the family, not just a football story for boys.

To officially pass this meme on, I'm tagging Jason Arnopp, David Bishop, Piers Beckley and, um, YOU, yes you reading this. If you fancy doing the meme as a screenwriter, just replace 'book' with 'script'.