What Makes A Good Inciting Incident?

I've been reading a lot of scripts recently (nothing new there) but have become fascinated by inciting incidents, and their precise value to a story. This mainly applies to feature films, but is relevant to TV, too.

What's an inciting incident? It's the moment when the introduction and set-up of the story changes, and the premise of the film begins. Typically, it revolves around the hero, and is sometimes referred to as 'the call to adventure'; the moment where the protagonist (or his world) is challenged and the story awaits his/her response. It happens early on in a script, usually around page 10 or so. 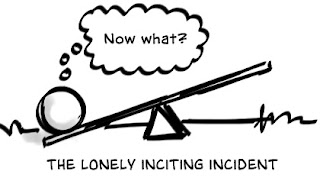 (image from Seeking The Write Life)

This is standard stuff that most of us know. However, in the scripts I've been reading there's been a common pattern of mistaking an inciting incident with a random occurrence of plot rather than combining it with an inherent sense of story.

'A bad' inciting incident will be a plot-point that seemingly has no connection with the hero or the set-up so far, and the reader doesn't know how the two relate to each other. As a result, the reader can get detached until the script contrives the action to the end of act one, where the hero finally gets involved with whatever the inciting incident established. With this approach, the script feels plot-driven, and not very engaging.

For example, in 'How To Train Your Dragon' some might say that the inciting incident is when the hero meets the dragon. The hero realises he's no dragon killer, and never will be. It's an important moment, for sure, but it doesn't yet set up the central dramatic question of the film. It happens shortly afterwards when his father finally gives him the chance to train as a dragon slayer. 'Will the hero make his father proud of who he really is?' It's what the story is about, on a character-driven and personal level; it adds resonance and meaning. 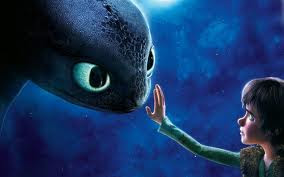 In 'Jaws', the shark attacks. Inciting incident? Maybe. But the central dramatic question of the film revolves around the hero when he's confronted with the issue, and his fear of the water, not to mention whether to keep the beaches open. "Will the hero kill the shark and protect his community, and get over his hang-ups about the water in the process?" It's what the story is about, on a character-driven and personal level; it adds resonance and meaning.

In 'The Impossible', the story about a family who get caught up in the 2004 tsunami, the inciting incident occurs around 10 minutes into the film when the tsunami hits and washes everyone away. The central dramatic question of the film is 'will the family survive and reunite?' It's what the story is about, on a character-driven and personal level; it adds resonance and meaning 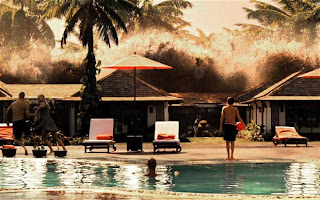 A good inciting incident will create this central dramatic question of the film that's pertinent to character and story (and usually suggestive of a wider theme or purpose, rather than plain plot excitement). In 'The Matrix', Neo's got a dull life, a slave to the system, yearns for something more, and feels like he's connected to something bigger. So when the inciting incident occurs, it's intrinsically linked to Neo's character, and what he must undertake in the story. "Will Neo face the challenges of The Matrix and accept that he's The One?"

To recap then, an inciting incident isn't just a significant plot point (an asteroid hits Earth), it's what it represents to the wider aspects of the character and story (an asteroid hits Earth, but will a journalist reconcile with her father before the next asteroid obliterates mankind? 'Deep Impact'). Really think hard about your inciting incident, and whether it corresponds or compliments everything about the hero/set-up so far.

Hi Danny. Nice post. I wrote an article a little over a year ago on this same topic that hits on a lot of the same points, only it focuses mostly on the confusion over the inciting incident of Star Wars. Check it out if you like:
http://uncelebrity.blogspot.com/2011/11/inciting-incident-ignorance.html

Hi Danny, Very nice what you've written. What do you think of HBO's "True Detective" which sets up everything at once! I was mesmerized by the slow drawl of both characters spilling their inner worlds and outer foibles in the answering of questions to do with a case in the past. But what got me and keeps me interested is that they are being questioned although the case was apparently solved! I love the style of this.
Check out this link:
http://www.forbes.com/sites/allenstjohn/2014/01/13/how-hbos-true-detective-will-change-the-way-you-watch-television/

Thanks for your comment, Anon! This blog is *dead*, though. Everything's now happening on my new site: http:///www.dannystack.com/blog

Hello Dude. First of all I wanted to congratulate you for your post. I was wondering if you could help me. I need to know how to say in English the kind of INCITING INCIDENT. I'm Spanish and I have doubts about how you would say in English. Sorry if my English is not correct. thank you

Hey, thanks for posting this. I'm constantly having trouble with this, which is funny, because I used to understand the inciting incident more than the other plot points. I'm currently working on a rewrite for one of my specs, and I'm trying to really focus more on the inciting incident, because it wasn't very clear in the first draft.
Basically, what happens in the first act, is:
It begins with a 3 page teaser, where the hero is racing to get to his friend, and he's on the phone to him, warning him about what's going on. We cut back a day, to where he's about to get an assignment from his boss. (He's a hitman, by the way, as is his friend. They both work for the same gang, led by a priest).
He gets the assignment, which he finds out is actually one he's been waiting for -- two men who run a child sex ring, who raped him when he was in an orphanage, where he became involved with this gang. He kills the two men, then we have a scene to set up how much he hates this way of life. He flashes to when he was a teen and killed his father, after watching him kill his mother. Then, as he's about to kill himself (in present day) his friend calls with a side job, which will give them enough cash to quit the business. Of course, it's dangerous, as if they get caught, they are dead. The job is to rob the cops of the cash that the boss pays to keep them from arresting the gang.
As they do the job, things go wrong, the cop gets killed, etc, and they make off with the case of cash. Later that night, the cops arrest the boss and some of the gang, who escape with the help of the priest, who kills a lot of cops with sulfuric acid, his "holy water".
In my mind, the inciting incident COULD be when the friend asks the hero to help him do this side job. However, that only sets up the main plot.
Later, the gang captures the hero and explain that they know what happened, etc, and they aren't going to kill him, because he's too valuable, however, his punishment is that he has to kill the friend. This could also be the inciting incident, them telling him to kill the friend. HOWEVER, he goes to help the friend, and this is when we catch up with the teaser intro scene. When he finds his friend, he's dying from a gunshot wound. The priest shows up and the hero thinks he did it. As the priest tries to tell him that he was only there to help and that the boss sent someone else to do it, the hero grabs his friend's gun and the priest and hero shoot each other, simultaneously. The hero goes into a coma, while the priest is fine. Act 2 begins with the hero out of the coma, working on a book telling everything he knows about the gang, which the media tries to make look good, because they work with a priest, etc. He's writing this book as revenge, for his friends death, which could also be the inciting incident. Of course later, he ends up having to resort to violence, when no one will publish the book. Anyway, That's three possible inciting incidents. Is it the friend's death, or one of the other two?
Another problem I'm having (sort of related to this) is how far to go back in the story? I have several flash scenes I could write to set up a lot of how things got to this point, such as the orphanage scenes, etc, but that could be a three hour movie.