Following up on the online release of Origin, here's 10 tips for making short films which might be of interest.

1. One Take Wonder
If you think you've got it in one take, move on. Don't dither about whether or not to do another take, as that's just wasting time. 'Cut, let's do another' and explain why, or 'cut, great, works for me, everybody happy, sound? camera? actors you were great, cool let's move on'.

2. Feed Me!
Go out of your way to feed people, even if it's with homemade sandwiches and flasks of tea.

3. It's Nice To Be Nice
Always be nice, always, especially to non-crew who you might have to deal with on location or wherever. Thank everyone for their time & effort at the end of each day. 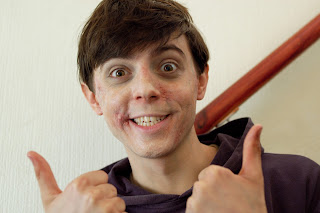 4. Share Your Story
Get everyone invested in the story, and working towards the same creative goal. They'll respond to the passion & be more dedicated. Tech crew care about story, too.

5. Share The Excitement
If you can show the crew dailies, or playback the best footage so far, or fun stuff attached to the film (poster, website etc), that all helps, too.

6. The K.I.S.S. Principle
Keep it simple, stupid. If you've planned it right with the DOP beforehand, everything should be OK on location, even if you decide to ditch the shot list and improvise new angles.

7. Beware Too Many Shots
If a scene is two people talking but there's only one dramatic beat then you probably only need a wide master shot for coverage. It'll be more cinematic than the TV style of cutting into people's reaction or cutting closer to what they're saying. 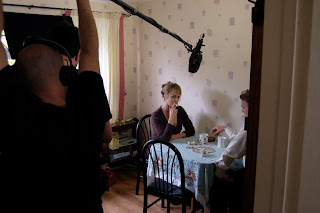 8. Beware Edit Indulgence
In the edit, you can always cut *something* to make it shorter. Silences, pauses after scenes to see full reaction etc, CUT THEM. Well, as much as you can.

9. The Sound of Music
Sound FX/design is crucial, and so is music. Get them involved as early as you can. Invite the composer on set, e.g.

Other posts about making short films:
What Do You Need To Make A Short Film? (5 Tips)
Mark Kermode's Top 5 Tips For Making Short Films