Last week was one of those weeks you wish could happen all the time.

First, on Monday, I had a script meeting in that fancy London with a few brilliant writers and producers, to talk about a new kids' show. These meetings are always fun and exciting, especially with the talent around the table, so to be invited along is a real privilege not to be taken for granted.

Then, on the Tuesday, I hot-footed off to Leeds to attend the BBC writersroom TV Drama Festival. In its 4th year now, it's aimed at working writers to provide 'a unique opportunity to mix with other writers, producers and commissioners in masterclass sessions'. In other words, GREAT NETWORKING POTENTIAL as well as INSPIRING PANEL TALKS. It was my first time at the festival, so I was looking forward to catching up with old friends, and making some new contacts.

Once I arrived, Twitter helped me hook up with fellow scribes down the pub, always fun and exciting, especially with the talent around the table: Jamie Crichton, Richard Dinnick, Robin Bell, Piers Beckley, Paul Campbell, Matt Fitton.

On Wednesday, the festival kicked off with Jack Thorne and Emma Frost. Jack shared an anecdote about 'why I hate myself', basically what makes him tick as a writer, and how that can affect a production with positive and negative impact. I'm a huge fan of this kind of refreshing honesty, as it offers genuine insight into the working writer's mind. We were encouraged 'to say what we want' in the sessions but this was always going to be difficult given the execs in attendance. Still, a few quips, gripes and barbs were shared, and some from the execs themselves!

I watched Sally Wainwright, Nicola Shindler and Peter Bowker talk about making relationship dramas work. I followed this with the showrunner panel with Chris Chibnall, Bryan Elsley, Cameron Roach and Sally Wainwright. Next, 'what is the role of the commissioner?' with Ben Stephenson and Anne Mensah while the best session of the day for me was '10 Best/Worse Script Notes' with Peter Bowker and Patrick Spence (although I heard Ben Stephenson got passionately defensive at the 'Sex/Violence on Screen' panel re: The Fall). The last session of the day was Toby Whithouse chatting to Steven Moffat. 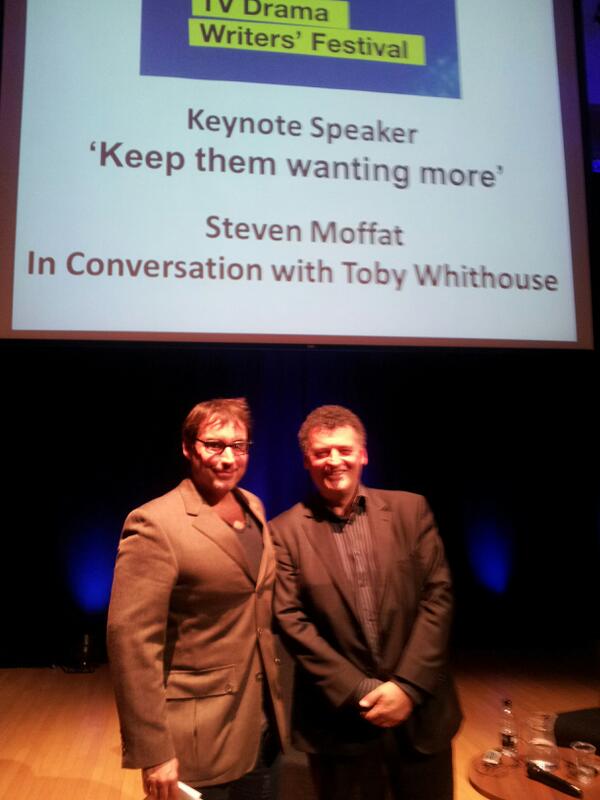 Some free drinks and nibbles were followed by drinks in the pub opposite the venue, which quickly turned into a 20+ strong army of writers looking for a curry in the Indian restaurant opposite the pub (kudos to Piers for sorting THAT out!). I had mixed my drinks at this point (beer, red wine, beer, red wine, you'd think I'd learn by now) so apologies to my fellow colleagues for any ramblings, but me and Niel Bushnell managed to grab a sneaky whiskey nightcap (I'll never learn, will I?) on the way back to our hotel.

Thursday started with a fairly mild hangover (all things considered, and hey, I'm in my 40s now, so RESULT. I deny all knowledge of sharing paracetamol with David Allison). I slipped into the day's events with Bryan Elsley and Jack Thorne talking about Skins. Mr Elsley is a fascinating man. He's got this intense look yet really relaxed and open demeanour so when he shared anecdotes about getting his young writers to buck up their ideas, you just knew that one intense glance their way was enough to sort them out! 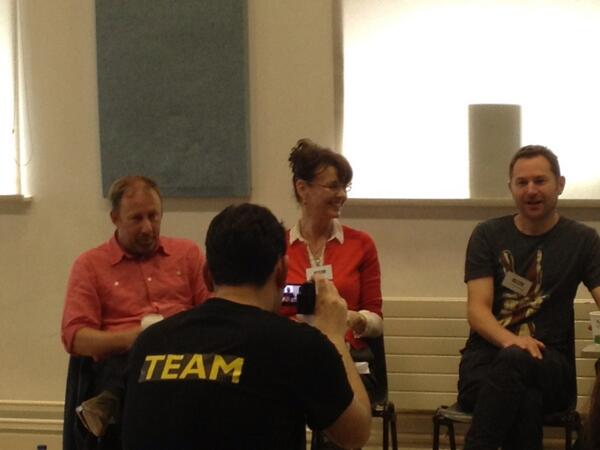 Dennis Kelly and Marc Munden did a panel about Utopia, which was great, and then I hopped along to watch Danny Brocklehurst, Mark Catley and Sue Hogg chat about making characters complex. I finished the day with Dominic Mitchell's panel with Simon Judd and Annie Harrison-Baxter about the inception, development and success of In The Flesh (which I've blogged about before here). 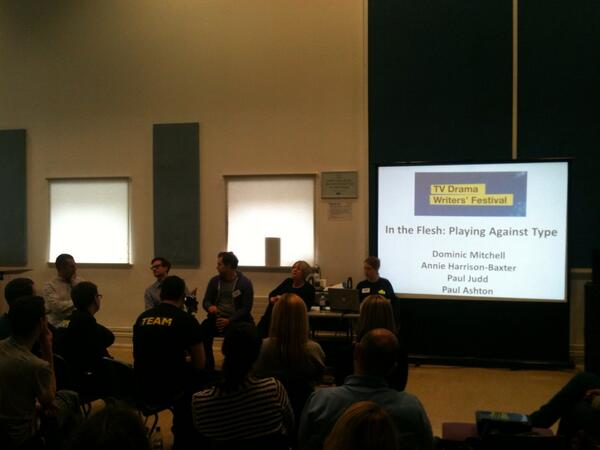 A late lunch, a quick (non-alcoholic) drink, and a farewell to all (everyone buzzing away from the venue inspired and enthused). To finish off the week, I got an email from a producer on a show I'm working on. My 1st draft script had gone down well, with non-extensive notes, and all's looking good for the next draft. AND another email from a producer whom I met at the TV Festival, who wanted to organise a follow-up meeting (after they had read my script).

Sounds fabulous! I am ever so slightly (a lot) jealous! :)
Good luck with all the potential projects and scripts. Sounds like exciting times.

Thanks, Tracy! It's weeks like these that make all the slog worthwhile! :)

Really enjoyed reading this. Great result too but also glad you enjoyed your night out in Leeds