The 6 Stages of Feedback

Feedback is a bitch, isn’t it? Not feedback from your peers, although than can be quite thorny at times, but actual official notes about a commissioned piece of work. That’s the real kicker, right? Well, yes and no. Recently, I have noticed that there are six main stages of the note receiving process. Let’s give them a run down. (Photo dramatisation kindly provided by Mr Jason Arnopp). 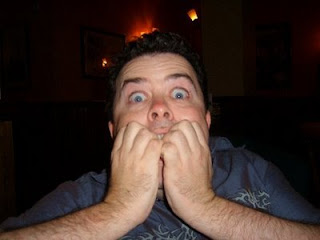 You worked hard on your script and handed it in on time, feeling good that it was a smoking first draft. But you haven’t heard anything in weeks. You begin to worry. An email arrives, finally, and it’s notes from the script editor. You click on the attachment and open the file. Your stomach churns, hoping to see only minor comments but you scroll down the screen to see pages of notes, all critical of what you’ve done. You fail to see the sugar coated or positive remarks, while the negative and critical notes stand out in bold and in capitals, or so it seems. You panic! They hate it. They think you’re rubbish. You are rubbish! You’re never going to work again! 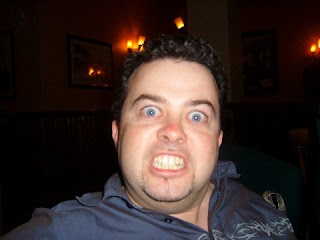 A short time later, you cast your eye over the notes with a more even mind. You realise the notes are moronic. The feedback contradicts everything they specifically asked you to do in the previous email/phone call/outline discussion. Y’know, the bits that you were trying to make work to keep them happy. They’re fools. They know nothing. Your work is brilliant. The notes are rubbish. This script editor will clearly never work again. 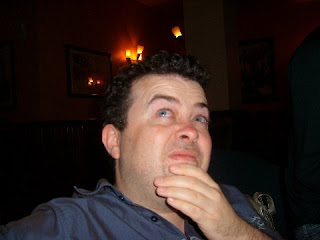 The next day, a fresh read of the notes reveals a more subtle understanding of the script than you previously thought. While some of the feedback is still annoying and irrelevant, that note about the main character isn’t bad, and that suggestion to move the scene on p12 to p2 could work. Yes, you begin to see some sense in the feedback. There’s actually some useful comments in there (as well as positive ones), and you are forced to admit that yep, they’ve got a point. You still take issue with certain aspects of the feedback but you’ll go through that with the script editor when you see him or when he calls to talk you through the notes.

Never, EVER, send a defensive email of your work in response to the feedback. The tone of a disgruntled email always sounds ten times worse than it actually is, even if you’re trying to be entirely reasonable about the whole thing. You will always look like a petulant prick who doesn’t really understand the process, or you will be regarded as an over-sensitive hack who needs his hand held all the way. 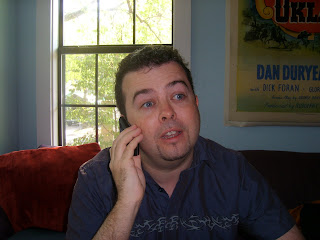 Wait to speak to the script editor/exec in person, or, more commonly, on the phone. All those defensive points you feel are important can be explained far more informally and casually on the phone/in person than in email. The script editor in turn will give their reasons for their notes, and the whole process becomes a more positive collaboration. 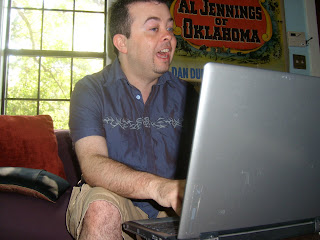 Now you know the good notes from the bad, and you have a better understanding of their point-of-view. You’ve fought hard for the points you felt were most important to cling on to, and conceded defeat to some niggling issues that the script editor didn’t feel were strong enough (despite whatever justification you had). With this newfound sense of knowledge and understanding, you set out to rewrite the script according to the notes, confident of making the script even better than before. 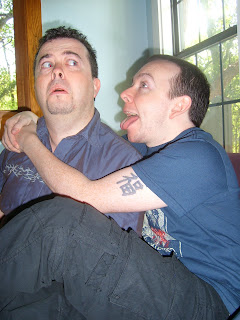 (In appreciation of your fine understanding and collaboration, they send TV's James Moran around to give you a kiss.)

Of course, this is just the ideal scenario. You could be rewriting with total disagreement of where the exec thinks the script needs to go but the next draft is needed by Tuesday, so you just have to get it done. Hey, welcome to showbiz.
by Danny Stack at 10:39 am

The major email freak-outs I get in response to notes I have given involve PANIC. ie. "Oh Jesus, I'm wasting my time, Lucy doesn't like my script, in fact she hates me even though she's never met me, she probably wants to kill me, I'll never get anywhere, I might as well jump out the window."

I'm just one reader, I'm the first to admit that: just because I've read lots of scripts doesn't mean I am the authority on all things in all the world. If you disagree with me, pls: be my guest. You paid me anyway! Lol

But also - just because a draft isn't received the way you want it to be, doesn't mean it *can't* be. You can recreate, re-imagine, redraft. No one can get it 100% right first time, not even professional writers. That's why we need script editors on TV and movies too.

So everyone chill out!

Easier said than done of course - I freaked out big style at some notes only the other day, hah

A lovely, nuanced performance from Jason.

The best-acted-blog-post Oscar's in the bag.

I love your character's journey. It contained all the right ingredients for drama - conflict, tension etc. But in hindsight, I feel it might be better to re-write the acceptance arc and have him discover oil instead... or something like that (Let you know for sure in the next set of development notes after you've worked on this draft).

nuanced indeed Mr Arnopp. But is that anger? - it looks like wind..

Fun post! We linked up to it over here:

Thanks for all of the blogging!

Personally I got lost on points 4 and 5 without Mister Arnopp's interpretations. Would it be possible to insert new photos depicting talking and writing?

Lovely work from Mr Arnopp- come in Daniel Day Lewis, your time is up.
Good points too, Mr Stack. In my limited experience a lot of it comes down to setting 'ground rules' from the start. If everyone can agree on the heart of you're story (ie the reason you're telling it) it can save a lot of headaches and heartache down the line.
There are some very good script editors out there who can make your work better than you'd ever hoped it would be (I was lucky enough to work with Helen Raynor on my first doctors ep many moons ago, but there are also some awful ones.
I'd say always be polite, but don't be afraid to keep asking questions- these people are no more infallible than you are...

Zombie: Thanks for the link!

Phill: I'll get Jason 'One Take Wonder' Arnopp on it but with this level of stardom, I'm not sure I can afford him anymore.

David: Yes indeed, politeness goes a long way, even if you want to throttle them at times. And speaking as a script editor, too, that goes both ways.

We thank you all from the bottom of our internets

Why can't I see the Red Planet web page? Does it scan for stupidity? I have a first draft that's going to be redrafted shortly and a deadline would be a useful stick to hit myself with....

Red Planet's web page is working fine, as far as I can tell, Dim. Deadline's 30th Sept, so get moving!

I've got this gun that appeared in the first act and I think it's more than likely to go off in the third, because the power-supply in the Dangerous Offenders Unit has gone on the blink again. Many scripts are full to the brim of foreshadowing - "there's a storm comin' in!" - but how much foreshadowing is too much?

For those who may be unaware, Tim 'No, Let's Do It Again' Clague took the 1st three photos. Remaining photos courtesy of Jason 'One Take Wonder' Arnopp & James 'The Mighty' Moran, live from Texas, USA.

Wyndham: thanks for the q, will answer in next post.

Good stuff and nice to know that rucksacks shaped like James Moran will be next season's 'must have' fashion item (at least as worn by Mr Arnopp.)

Good old James Moran. Not just there for the nasty things in life.

Wonderful! And with such superb visual dramatisation too!

That Mr Arnopp & TV's Mr Moran are sure to be going places.