Sunday 26th April. The last day of filming. Just when we're really getting into our stride, it's all coming to an end. On my way to Black Park, where the climactic woods scenes are taking place (next to Pinewood Studios), I get lost and end up driving around Slough. Luckily, Black Park isn't too far away and I manage to find the location, and park my car in the allocated area.

Half way into my bacon sarnie (4th in four days, mmm), and looking forward to the day ahead, a crushing realisation hits me. I've locked my keys inside the car. My heart sinks. I'm told not to worry but it plays on my mind so I ask for someone to check if the passenger doors are open and I've simply locked my bag in the boot, or if everything is locked. A short while later, it's confirmed: the car is locked. Well, at least now I know for sure and I can worry about it later. 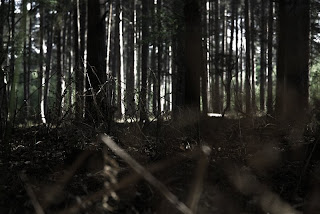 We start filming. Black Park is stunning. It's a public park and I would highly recommend a visit. The weather has held out for us too, which truly is a godsend. If it was wet and raining, I'm not sure if the actors and crew, or me, would have put up with it. No, it's a lovely day and we get good coverage of the characters arriving, looking for the missing Freddy. Then, we prepare for the big emotional scenes but we decide to keep them until after lunch so as not to break the flow for the actors.

Ben and Sarah (production coordinator) put on a picnic spread, a wide array of cold meats, salads, dips, bread, crisps etc, which is arguably the best lunch of the shoot. James Manning, the calm and gracious 2nd AD, rings AA to sort out my car fiasco. Within five minutes, they have the car open and my keys are found in the boot. James laughs and hands them over but I can't meet his eyes, I'm so embarrassed.

It's time for the big emotional scenes and once again, the actors impress with their professionalism and delivery. I can sense the shoot coming to an end as we get all the shots involving the actors, and it's a wrap for them. I give each a quick hug as they leave, holding in my emotions, as I still have a few shots to do of the woods. I don't get a chance to talk to them, or thank them, properly. We finish the woods shots, and that's it, IT'S A WRAP.

The crew de-rig and I stand there, somewhat shell shocked. Ben gives me an update on what's happening; the stock we've used, what's next, etc, but I start to crumble and finally have my teary moment, thanking him profusely for all his amazing work over the shoot. Without him, I don't know what would have happened. I've ran out of ways to say 'thank you' so I have to make up a new word especially for Ben: exceptionalistic. The bromance moment over, it's time for a quick drink with the crew, an embarrassing speech from me, and we all start to head home.

That's it. Done. In the can. What an experience. Loved every minute and learned a helluva lot. We've gone a bit over-budget and used up all our resources in terms of getting the film shot. Now, it's the edit and post-production, and trying to get the funds needed to finish the film, either through completion funding, more donations or more favours. Time will tell... 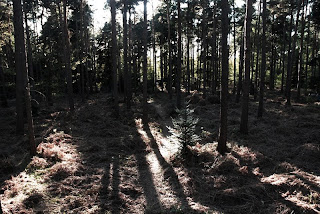 How much were the bacon sarnies? Reckon my contribution probably bought three of them ;-)

Sounds like you did a great job. And a really good insight having it blogged.

congratulations Danny - I'm so glad you enjoyed it.

Sounds wonderful. Well done & good luck with the next stage.

You say: What an experience. Loved every minute and learned a helluva lot.

It would be good to know what you learned from these experiences. Other than - not to lock your keys in your car.

It's all been in the blog, Anon but to recap, I have learned:

The value of having a solid cast & crew behind you, more notably line-producer, 1st AD & DOP.

Shooting on film is expensive but rewarding, not just for you, but for cast & crew, too (actors like the buzz, crew raise their game).

I want to direct.