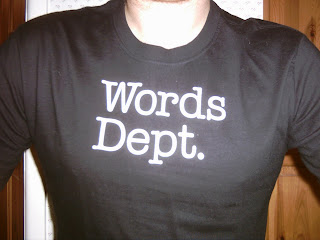 WHOOSH! There it goes. If Douglas Adams was a new writer, he would have missed the deadline for this year's Red Planet Prize. But you didn't right? Right?

It certainly wouldn't seem so, as there were a grand total of 1,574 entries! We're already immersed in the reading and the standard is proving to be very high indeed, making the 2nd round decisions all the more difficult. Still, we hope to remain on target to request full scripts by the end of August. We don't know how many we'll be shortlisting but we're typically very tough on what gets through. In previous years, it's been around 20% of the entries, so inevitably there will be some disappointments and possibly even some wrong decisions. A pass on a script's first ten pages doesn't mean much beyond that it didn't grab us enough to make us want to read any further. It doesn't mean the writer can't write, or the script is rubbish (it will in certain instances, I'm sure! :0). Originality (of concept and dramatisation) and impressive writing/storytelling technique are usually the key qualities that grab our attention.

In other news, thanks to all who have listened, downloaded and subscribed to the all-new UK Scriptwriters podcast, which is hosted by me and Tim Clague. We've had a great response so we'll definitely do another. We're thinking once a month, so the next podcast will be towards the end of August where I can come up for air from all the Red Planet reading, and maybe even discuss the art and craft of a script's first ten pages. Until then, you can listen to the podcast below, or subscribe using one of your preferred outlets. Now, back to the scripts!

I found the deadline to be focusing. I've written to deadlines before (I'm sure most of us have) but it really 'tore me a new one' in the discipline stakes. I've now got a more serious workflow / routine forged by my efforts during the 'Red Planet Run'.

Good luck with the reading, Danny, and don't forget to blink.

Thanks for that Danny.

If you get a moment (and want to) perhaps you might explain whether the 10 pages are read by more than one person and if there's any kind of a scoring system (two out of three thought it was good so in it goes).

Or just split them all between the judges and do a yes/no.

For the 1st round, the 1st ten pages are split up between the readers (me, Kudos & Red Planet). No scoring system, just a yes or no on whether it gets through to 2nd round. 2nd round scripts are equally divided and assessed. Then it's down to a shortlist, where the final judging panel slug it out to choose their winner.

Quick question - any idea when the second round announcement will be made? When those who didn't make it will be notified?

We're aiming for end of August, all going well. Beginning of Sept at the latest, probably.

Hi Danny,
Sorry, I phrased the question badly.
When will you know if you made it through to the second round? If you have a few irons in the fire and limited time to write/polish the next fifty pages required by the end of this month, surely an email telling us the deadline will kick us up the backside.

Or have you already informed the lucky ones and it is a case of if you haven't heard by now, you didn't get through?

Got a couple more questions...

1) Will you be taking account of August bank holiday in the timing of the requests for full scripts? Just thinking it could be a bit tough on those going away for the weekend if you don't!

2) I finally realised that the word limit for the synopses is 60wds/300 characters - and I know I did a word, not a character count. Does the form truncate entries at 300 chars? (300 is very short, by the way - the usual way it's calculated (when working out space requirements for magazines and books) is 5 chars plus a space=one word so 60 words would have been 360 chars. (/pedant mode).

3) When you're asking for full scripts, will you also want more info about the rest of the series - episode list, thumbnails, character bios etc?

1) Sure. There'll be a bit of leeway, within reason. But the end of the month is after the bank holiday weekend.

If an entry makes it to the 'send script' stage, do the first ten pages of script have to be exactly the same as thse submitted in the first trawl?

Just signed up to follow you on Twitter btw and discovered you're a Forest fan. Good man :)

Hi Anny - no, the first ten pages don't have to be exactly the same, as we factor in tweaks & rewrites before submission. It shouldn't be a brand new script, though!

Come on you Reds!

I take it now that if you've not been given any feed back you didnt get thru?

There won't be any feedback, Shane, but we're still going through the entries. We should hopefully be notifying people by end of August/beginning of Sept.

The update on RP website is a bit ambiguous. It now says that those through to the second round will be notified and asked for their script by mid-September. Does this mean notification in mid-Sept and more or less immediate submission? Or notification at the end of the month and then a couple of weeks grace?

I would take it to mean that by mid-Sept, it's more or less immediate submission.

That's what I thought, but worth checking. That was my last RP related question-honest! Thanks again.