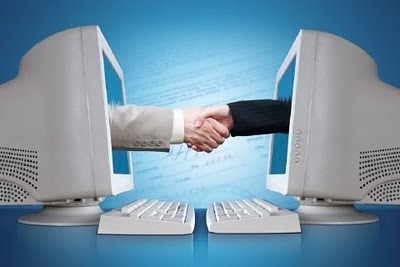 What's the best way to network? Does networking actually pay-off? Where can you network? How do you know who to speak to? How many drinks should you have before you try to speak to them? Should you put on an exuberant 'pitch performance' immediately, or just make polite chit-chat? Should you try witty and charming?

The best way to network is just to talk to someone. It doesn't matter who they are. Simply introduce yourself and say Hi. They could be the runner, the assistant, the exec, the director, it doesn't matter. See what chit-chat emerges. Maybe hand them your business card, let the conversation come to a natural close and move on. Be friendly and casual rather than eager to talk about yourself or flog your latest script.

Networking works, but it works over time. This means that one brief handshake with a powerful exec does not launch a career. You see so many people stride up to their target, desperately hoping to make a huge impression when really all they're doing is making the person feel uncomfortable. Networking is about biding your time so that your name gets 'out there' and people will have some sort of recollection of who you are when you next see or contact them. Build a cumulative awareness of 'you', as it were.

The best way to do that at the moment is the internet. Blogs, Facebook and Twitter have revolutionised the way we communicate with each other, and given us access to people where previously the doors would have been firmly closed. But it's not enough to just sit behind your desk, write a blog post, tweet or update your status. It's a good start, certainly, but it's no replacement for face-to-face recognition. That's when networking really pays-off as people get to put faces to names, and feel more comfortable with recommending or considering them for work.

So, where can you network? Film festivals, screenings, Q&As, talks, writer groups - anywhere where two or more industry folk happen to be!

How do you know who to speak to? Research the people who are going to attend. Find out if any of your online community are going. Organise drinks/meet-up before hand.

How many drinks should you have before you try to speak to the influential peeps? One or two for dutch courage but don't get pissed whatever you do!

Should you put on an exuberant 'pitch performance' immediately, or just make polite chit-chat? Polite chit-chat. If you do get into a pitch, just be yourself. Pretend you're talking to a friend about a film that you think they should see.

Networking can be disconcerting for some people, especially if you're by yourself and know no-one else there. I've talked about networking before in the professional screenwriter series but it's worth reiterating this: "If you find yourself at an industry event but are not sure who to approach, and feel a bit shy, make it your mission to speak to ONE person. Just one. If you come away that night with one business card, you’ll have succeeded. But by approaching that one person, you’ll quickly realise that it’s not that bad, and saying hello can lead to an introduction to someone else, and before you know it, you’ve had a great time meeting new friends and contacts."
by Danny Stack at 10:13 am

Now I really wish I'd read the bit above about not getting pissed before I chatted to you last weekend at the free London Screenwriters Festival Bar Danny. Oh well only human...

Well, if it was during the free bar, I was fairly sozzled myself!

You made a good point Danny...

It's good to remember that everybody is a bit stressed during this network sessions - as much as you are or could be... To start with a gentle "Hi, welcome... I am -your name here-..." of some sort is generaly a good way to start interacting and to make the other feel confortable... a nice polite hook always works.

Your here to meet people, not to sign a contract or to save lives... so relax!!! Enjoy the moment, agree with people or not, share your point of view and listen to what people want to say and share with you... be yourslef... and breath...

Likemind or not it doesn't matter, some will stay in touch, some won't... a natural selection will oparate during the days that follow the event... facebook the people you liked, drop a line and stay in touch... that's it really.

Hey Danny, lots of great input in your post - hope lots of writers pay attention - there are the networking naturals, of course - but even the most reclusive of writers can learn it to a useful degree. There's just no way around it these days - real or virtual life - networking is part of the writing business.

The LSF was a great way for many fresh writers to learn about networking in a very friendly setting - so yeah, writers' festivals are great ways to start - and blogs in the virtual world.

BTW - I've also posted your blog via Twitter and Facebook for the benefit of my circle of connections ... more networking!

I remember at the London Screenwriters' festival when we were talking about networking while networking! You mentioned a really great point about the rule of 3 which I think was greatly helpful because when you first meet someone I think most writers may think "this is my one and only chance to make an impression". It puts too much pressure on which leads to babbling.

Knowing the rule of 3: Where upon meeting someone on the third time, they are likely to be more comfortable around you, will be familiar with you, so they will be more inclined and interested in what you can offer as a screenwriter.

Nice Danny! I love reading your blog, thank you very much, and please keep it up.