Part 6: How I Made A Web Series

Here's the final part of my recent mini-internet adventure (the other 5 parts at the bottom of the post). In 2011, I made a comedy web series (Liquid Lunch) but pretty much didn't know anything about the finer details of where it should be seen and how to promote a show online.

So, this post focuses on stuff wot u need to do once you've filmed a series exclusively for web consumption. It's not a complete list of tips by any means - there's still an endless expanse of info, widgets, platforms and social media tips to learn - but hopefully some of it will be new and/or useful to those who are thinking about doing something similar.

It's a long post, too, unsurprisingly, so pull up a chair and grab yourself a nice java while I regale you with my internet wisdom!

(photo from No Film School: Tips For Building Buzz for a Web Series)

Make a website for your show. Let this be the focal point and anchor for the entire series, so that audience has a 'go to' place if they struggle to find it elsewhere.

Then, decide on the major platforms that you want your show to be seen. Do you want it to be exclusive to the website? Or free to share everywhere? Or would you rather earn some money first before you put it up for free?

If you want the content exclusive to the website, you can easily embed your videos with your preferred site-builder (or perhaps someone is doing the website for you). There are plenty of good web-builders around. Make it simple, clean and accessible. Don't try to be too fancy or overload it with graphics/data that's going to take an age to load.

On the main website, try to offer an email sign up as that's helpful for people to know when there's new content. You can always TELL them there’s new content via popular social platforms but not everyone will be paying attention. Also, email lists of any kind are useful for contacting people directly. They usually provoke a better response than just a tweet, Facebook mention or blog post.

If you want to share the content everywhere, then load it up on any platform you can find. Twitter, Facebook and YouTube are the front of the scrum in this regard, and will do a lot to push your series into decent view. Then there's Funny Or Die and Web Series Network, Tubefilter and Vimeo which you might want to use. Check out other sites or platforms that might be suitable; there are a few others if you Google hard enough.

If you want to make money first before you make your stuff available for free, then you should probably launch the series on Blip TV. Not quite sure on the rate of return here but it all depends on the amount of viewers you get, and it seems like a reliable and popular site.

Create a YouTube channel or use your existing channel if you have one. Create a Facebook page (not a group) and get yourself a Twitter account, although if you have a hefty following under your own name, it's probably wiser to stick to that to promote all your stuff.

Don't be afraid of over-promotion. Only around 5% of followers see a Twitter feed at any one time (or so I'm told), so a repeat tweet of 'hey, check out ep1' would be fair game every hour or so! Or, try to make the promotion fun and useful. Do lots of behind the scenes if you can, people like behind the scenes (interviews or videos). Do some flyers or website banners, if possible, and try to get the word out there as much as possible, basically!

If you don't have internet helpers or a marketing budget, then getting the word out there can be all-consuming and exhausting. You may think that Twitter and Facebook are golden platforms in which to whip up a willing audience, but it's not the only place to find people or promote the show. Plus, you can easily piss people off online. Not everyone will appreciate your constant plugs, or may think your series is a waste of time (and some of them could be your friends!).

There are plenty of internet forums you can try in order to promote your series. The tip for these would be to be as transparent as possible - don't be sly or chummy or disingenuous. Tell people what you've done, ask them to check it out, and solicit feedback, or whatever. Ideally, the forum will be directly relevant to the type of series you’ve made. Some comedy forums are actually quite helpful and supportive (British Comedy Forum) while others can tell you to f**K off before you've even said hello. (I did some promo on Zoetrope & Trigger Street forums, too, reluctantly at first, fearing the worst. But I didn't get bitten at all, quite the opposite in fact - nice!)

Co-writer and co-star of Liquid Lunch, Dan Doolan, took on some of the Liquid Lunch tweets, and Dee Moore, a kind soul I had befriended online, did some amazing promotional work on my behalf, which definitely helped to ease the load when I was going cross-eyed from the interwebs. Plus, I had actual paid work and deadlines to meet, so I couldn't devote all of my time to spreading the word. If you can rally two or three people to help you with the promotional effort, that's the way to go.

Daily promotion and reminders in between scheduled episodes are very important. Try to shake it up between interviews, behind the scenes and anything fun or useful. Solicit feedback and get people talking about the show. I focused on my initial social network of screenwriters/filmmakers, so my 'extras' were behind the scenes stuff and things that would be of interest to them, while also hoping that independent viewers outside of my social network would pick up on the series and behind the scenes info.

If you know a major personality on Twitter, then ask them to do a shout-out for you. In fact, ask all your followers to tweet and/or blog, Facebook about the show to try to make it go viral. If you don't know a major personality on Twitter, they will probably ignore your request but there's no harm in trying, especially if you do it well (and consistently as they may miss your first tweet - they get deluded with @ replies and requests).

Write a press release and get it out to any media outlet you can find. Industry papers like The Stage and Broadcast are interested in web series, and may want to give it a mention, especially if the show hasn't started yet or if it's got a star name attached, or whatever.

Every Wednesday evening on Twitter, there's a live #webserieschat which is great for tips and getting to know a truly global community. (Random fact: Canada make a lot of web series.) Also, you might want to register your show on Slebisodes and Web Series Today, not to mention the British Web Series Directory. 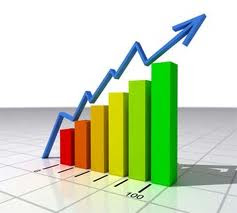 From my initial research, I found out that a new web series with no marketing budget could expect to reach 200/300 viewers with a half-decent online push.

My target for Liquid Lunch was 1,000 views per episode. I launched episode 1 & 2 together, to get people into the gist of the series, and to avoid the dreaded 'audience drop off' (typically 20/30%) between the excitement of a launch (where people will willingly check out something new) and the next episode (where people have forgotten or can't be bothered).

Even with the double episode approach, episode 2 of Liquid Lunch experienced a drop-off (so far 600 views or so behind episode 1). Episode 1 stormed to 2,000 views fairly quickly, and the rest of the series has managed to maintain its core audience of around 1,000 views each, which I'm absolutely thrilled about (especially as I took a break over the last few weeks to catch my breath). Even so I still haven’t properly cornered the target audience for the series (students/graduates, 16-24) so I’m hoping to focus on that over the next few months. Word does seem to slowly spread but the good thing about internet views is that your stats can only go one way, and that's up! (thank god, imagine if you got MINUS viewers?! Agh!)

Phew, that feels like a lot of info but I haven't even really scratched the surface! There are no hard and fast rules about promoting your work online. Anything goes really, so just plug yourself in, strike up a few conversations, throw around your links and see what happens!

For more info, check out Making Web Shows (for free marketing checklist download, too), How To Build An Audience For Your Web Series download or a variety of links through this Google search. Also, nearly forgot to mention Storygas, a general resource for web series, run by Neil Mossey, one of the writers from Kate Modern etc.

How I Made A Web Series
Part 1: The Idea
Part 2: Writing & Casting
Part 3: Rehearsals
Part 4: Production
Part 5: The Shoot
Part 6: Tackling The Internet
by Danny Stack at 4:07 pm

Nice one Danny - I'm looking to do one too during the summer, so this advice is great, cheers.

Finding target audience is crucial and often mysterious. Thanks for good piece!

Got me thinking tho, Danny. For us newbies trying to break in, are specs/pilots gonna go T-Rex?

With all the digital strangulation - will prod co's/broadcasters soon be wanting to watch something instead of reading it?

May have to get off ones bottom, me thinks...

Specs/pilots are always good currency, so definitely worth doing, but if you can film something, either clip, trailer or web series, then why not?

This is genius! Really helpful and couldn't have come at a better time. Thanks hugely for this Danny.