It goees without saying that evrything you write do be free from typos, spelling mistakes and grammar poor use.* 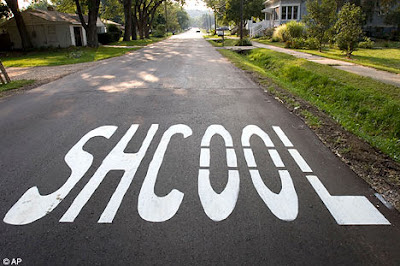 When a reader gets a script from the spec pile, they usually don’t have a clue who the writer is, or where the writer comes from. The script is going to be representative of everything the reader’s going to assume about the writer’s personality, talents and abilities.

To this end, some common mistakes and typos appear to suggest the screenwriter is not quite up to the task of writing a good script. Some of these blemishes are not immediately suggestive of a hack wannabe but are usually indicative of someone with a poor regard for the basic use of the English language.

In a fit of writing momentum, even the best writers may type you’re when they mean your, but that’s why proof reading a script is important. Ideally, don't proof read your own script. Get someone else to do it. Somebody you trust and can rely on, whether it be a professional proof reader or a friend. Script readers usually make equally good proof readers, so they're probably the best point of contact. 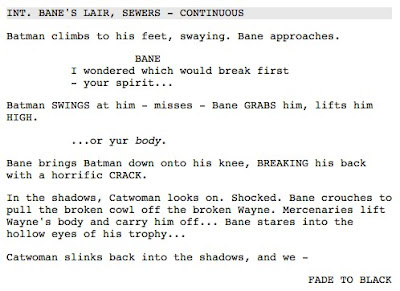 A total of one or two typos in a script may not be too disconcerting. However, when a script has a spelling mistake in its opening sentence, and then continues to pepper the description and dialogue with typos and dodgy use of grammar, then, well, it's really distracting. Nine times out of ten, the story on offer is just as erratic, and the script becomes an easy PASS for the reader.

Getting the basics right can go a long way in ensuring a positive response to your script. Why not take the time to make sure that your script is wearing its Sunday best, and then no-one can complain about the way it looks, the way it reads, or the way it's formatted.


*typos, spelling mistakes & grammmar in that sentence deliberately poor!
by Danny Stack at 10:42 am

I'm a Canadian writing for a British audience. Can you recommend a style guide that is UK industry standard?

Not sure on a style guide, Kristen. British spelling differs from the US in certain places, usually with words that end in 'our' (e.g. endeavour, which in the US would be endeavor). See also words that end 'ize' (e.g. criticize, criticise). But the BBC have basic help on UK English. http://www.bbc.co.uk/skillswise/english

Canadian and British spelling doesn't differ all that much, except where 's' and 'z' are concerned: realize/realise. It's use of single and double quotes that isn't clear. It looks like opposite rules apply, but I can't find a source to confirm that. Thanks for the link!