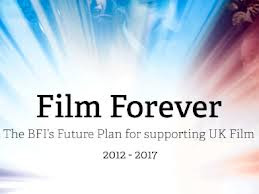 Throughout November, the BFI hosted a series of UK-wide road shows to introduce Film Forever, the new BFI Plan for 2012–2017, and to discuss their work in greater detail. The latest road show was held in Bristol, so I dispatched my Bristol mate, Sam Morrison, to give us a report. You may remember me gushing about Sam previously on the blog. We occasionally write AMAZING and HILARIOUS family/animation scripts together (hey, get in touch to find out more! we've even got the same agent), while Sam also busies himself with his own writing & directing endeavours. If you like his BFI report, below, then why not bung him a quid for his latest Kickstarter campaign. Sam details a bit more about it at the bottom of the post. But now, here's Sam with his BFI report. *newsreader lookaway* Sam...

The Watershed is a great venue for a film workshop, with several screens and function rooms, and a bar with very decent food. For BFI's Meet The Teams, there were several workshops running concurrently. I chose the Film Fund talk and Media Desk.

Chris Collins and Lizzie Francke hosted the Film Fund talk. I jotted down notes as quickly as I could so if something piques your curiosity it’s best to follow it up with the BFI directly.

Basically the BFI have £18m funding for British film, which breaks down into £14m for production and £4m for development. This is going to rise next year to £21.6m, and again in increments over the next four years up to about £24m.

This year there were 20-25 production awards out of that £14m, going to a mixture of established talent and new talent, and across genres from crowd-pleasing screen-one fare to documentaries.

They don’t fully fund films but will put in between 10-20% of the budget up to a maximum of £1m – though special circumstances might see them go higher. Very low budget films they can put in up to 50% of the budget – though I didn’t catch where the demarcation line was for low-budget. There’s also some funding – out of the £18m I think – ringfenced for international co-productions, though that seems to be only with high-profile directors. 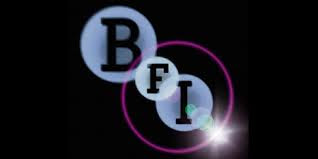 Of the £4m slated for development, £1m is dedicated to a one-off scheme run by Lighthouse that funds (or contributes to funding of) 16 short films. The other £3m is given over to single-project support for producers/directors to get a screenplay written.

Areas they are looking to support especially are family, comedy and animation films – they are searching for stronger material in order to compete with Hollywood. With animation the opportunities to move from short-form to feature length are very few, so the BFI are looking to give people a chance to do so.

There’s also a “Visual” scheme, which will be launched in the next few weeks, where up to 15 companies will receive awards in order to develop a project; £200k per year (for two years) for ten companies, and £50k per year (for two years) for five companies. This is to give them momentum and autonomy on a project that has potential to come to fruition – but these are effectively loans to be repaid, albeit on relaxed and far-from-extortionate terms. There is a criteria for the Visual award, so don’t bother applying unless you’ve already made a feature film.

Finally, £4m is earmarked for supporting distribution in the UK (ie not internationally).

The crux of the talk though was the proposal – to be a reality next April – to create an “integrated UK talent network”, where filmmakers can put their work online and have discussion/debate, etc. A little like YouTube, only content will be both moderated and curated, so hilarious cats will be checked at the door.

There will be three “land-based” centres as part of the initiative – locations as yet unconfirmed – but the application process will be a centralised, online one. Physically meeting with film-makers is impossible due to the very high demand and the strictures of remaining objective and impartial.

The scheme will be managed in conjunction with Creative England and launches 1st April 2013. The executive producers from each of the centres will have autonomy over the projects they take on – it could be a feature or a pilot, for example, and documentary was cited again as something they are keen on developing.

The BFI’s funding is an investment, so when projects are completed and distributed there will be a recoupment. However they share this return with the producer of the project – up to 37.5% of it will go into what they call a “locked box” which the producer can access; with the caveat that it’s used for further filmmaking activity.

Development funding is also returned – on the first day of principle photography – but again, that money goes into the “locked box”. I wasn’t the only one unsure about the terminology here, but it does seem that the box is only locked to keep out the riff-raff and it’s accessible to the film-makers (the producers, anyway).

So overall, a very positive talk. They were keen to stress that the online film community has been given a lot of thought and is being meticulously planned, so hopefully this will create a central focus for a community that, at the moment, has a slightly disparate bunch of options rather than a definitive go-to place to get work seen online. 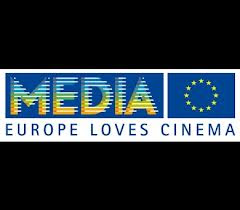 The MediaDesk talk was hosted by Agnieszka Moody, and was also chock-full of interesting insights into accessing funding to get your projects made. Here's a very brief overview:

MEDIA funding is intrinsically linked to the EU and awards come from Brussels.

MEDIA funding is notoriously tricky, but MediaDesk (who you are not obliged to apply through to get money from Brussels) is a resource, there to help you through the funding process, with as little or as much input as you want.

Most of the funding is targeted at distribution – specifically around Europe.

There are several funding schemes out of the pot, including training (of producers), producer support, distribution and exhibition, promotion, and new technologies.

The application process changes every year so if applying make 100% sure you have the current literature. Get yourself registered with MediaDesk for email updates.

Funding projects is assigned to three areas with a minimum duration: Fiction (50 mins) Creative Documentary (25 mins) and Animation (24 mins). These can all be a one-off or a series proposal.

€10k - €60k can be assigned to single projects (€80k for animation) and companies may submit one application each.

Who can apply:
Companies must be European.
They must be independent of broadcaster ownership.
They must have been registered as a Film and Production company for at least 12 months.
They must have a track record* of producing one of the above (fiction/doc/animation) in the length specified, though it doesn’t need to ‘match’ the genre they’re applying for.

Applications are judged on a set criteria:

- and though it only equates 10% of how you’ll be judged, the last category is key, so it’s worth focusing on that and making it particularly strong.

In every event applicants need to show a track record, and competition is pretty tight – of 1173 UK applicants in the last round of funding, 29 got funding.

MediaDesk’s role is to facilitate. They’re not in charge of funding but are there to help you jump through the right hoops. They can help with form-filling, but aren’t really there to judge the ‘quality’ of the project itself.

Finally if you do go for Media Funding you must be patient. It’s normally about 4 months for applications to be turned around.

I must stress that this is a very brief overview of what Agnieszka went through, and I may have missed (or even misinterpreted) some vital piece of information. What was clear was that if you have a project that can meet the criteria, MediaDesk are there to help you find your way through the reams of paperwork and make sense of what’s being asked of you.

Having waded through all that, I hope something was pertinent, and helpful to you. If you’re feeling grateful for my taking time out of my working day to eat chocolate brownies and ask pertinent questions (in the Film Fund talk, at least) please consider bunging me a quid for a film I’m trying to make. We’ve managed to hit our modest target on Kickstarter, but as you’re all no doubt aware, every penny helps.

Thanks for such a comprehensive review, Sam! Here's a photo of Sam, after just stealing a baby, no, sorry *checks earpiece like a newsreader*, it's one of his own kids.

Don't forget to support his Kickstarter campaign, for as little as a pound! Thanking-yow!

Thanks for a clear and thorough round-up of what's available. Much appreciated.

Thanks, Robin, but thanks mainly to Sam!