How Do You Become A Screenwriter? 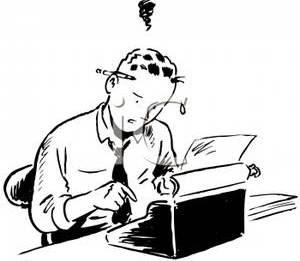 'How Do You Become A Screenwriter' may sound a bit dubious but I get asked it regularly. If you have to ask the question in the first place, you probably won't like the answer, or do anything about it to make something happen. There's probably a subtext to the question ('how do I break in as a screenwriter' rather than 'how do I start', or 'I've started to write, now what?') but even so, the answer to any of these questions will ultimately come from you and your own endeavour to get ahead.

Still, let's break it down to basics, and SIX EASY STEPS, 'cos the internet likes that kind of breakdown, apparently.

1. Write a script. Any script, but it should be an original idea of your own. You've got three options: a TV half hour, TV hour or feature-length script.
2. Get feedback. Find out if it's any good from an objective source (like me), but also soak in the suggestions to make the script better.
3. Rewrite the script. Repeat steps 2 and 3 as long as you feel necessary.
4. Send the script to the industry. The exciting part. The BBC's Writers' Room should be your first port of call. You could also approach producers, production companies and agents. However, it's probably too early to seek representation, unless you've written a good number of solid quality scripts (at the very least).
5. Feel the burn of rejection.
6. Repeat all steps until someone finally recognises your talent, and gives you a break.

In amongst these steps, you could be doing a wide variety of proactive hustle. For example, you could make a short film (or at least be involved), make a radio or theatre play, arrange a live script reading of one of your scripts, start a website/blog that promotes you and your work, start 'doing' rather than 'moaning'.

So, that's six steps to becoming a screenwriter, or at least getting started. You'll probably want to download my Ten Steps To Be A Professional Screenwriter, which is free, here.

Want me to read your script? Check out my consultancy page.
by Danny Stack at 10:16 am