Not so long ago, James Moran and Mike Garley set up VS Comics, "an all-genre, creator-owned, monthly digital comic". It's already up to its 4th issue. If you like indie comics/graphic novels, then I'd recommend checking it out as it's got a great variety of stories from an equally wide variety of writers/creators. 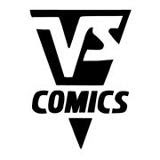 James and Mike are happy to accept submissions so I pitched them a story about cannibals in a post-apocalyptic world (what's not to love, right?), and they went for it. I'm incredibly excited as it's my first time writing a comic, so very much unfamiliar territory. And now I need an artist to work with me to bring my story alive.

It's called Feeding Time, a two-parter (twelve pages in total) about a ravaged post-apocalyptic world where the only food resource left is humans. A breed of cannibals has evolved – known as ‘vores’ – and they eat their prey alive. Some people aren’t as committed as vores, and they try to survive off the mangy remains of malnourished pets. One mother in particular is desperate to feed herself and her hungry son. She ventures outside into the bleak urban landscape in search of food. She gets accosted by a group of vores but escapes with a man who offers to help her. She decides to trust him, for now, but how soon before the vores attack again, and will the man reveal his true motives?

(still from The Road)

If you're an artist, and this sounds like the kind of story for you, then please do get in touch with VS Comics. For even more info, and to explore the world of VS Comics a bit more, visit their website. Thanks!
by Danny Stack at 8:49 am

Good day to you.

I'm actually write this email to you on behalf of my brother where he's a talent drawing artist but no professional in art education background, even though he's not graduate from his secondary school too.

I'm not sure whether you are still seeking for a comic artist for your project, or whether u're looking for talented or require for professional certificates in art stream, but i just wanna share some of my brother's art work to you.

You may go through his facebook page to have a look on his art work. Besides, he had posted his artwork via Youtube as well.

We will glad if, you have any opportunity for him.

Thank you for sparing your time to reading this message.